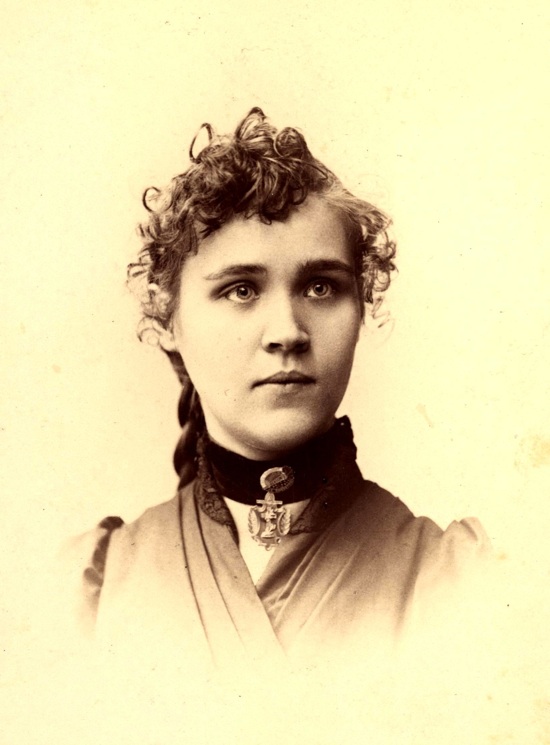 “Nature has the habit of now and then producing a type of human being far in advance of the times; an ideal for us to emulate; a being devoid of sham, uncompromising, and to whom the truth is sacred; a being whose selfishness is so large that it takes the whole human race and treats self only as one of the great mass; a being keen to sense all forms of wrong, and powerful in denunciation of it; one who can reach into the future and draw it nearer.” Such a being, according to a contemporary admirer, was VOLTAIRINE DE CLEYRE (1866-1912), a too-often overlooked American anarchist, pacifist, anti-clerical freethinker, and feminist. (Yes, “Voltairine” was her given name; she hailed from a progressive midwestern family.) That line about her selfishness growing so large that it became selflessness? Doubtlessly it was a tribute to de Cleyre’s refusal to choose between anarchism’s individualist and communist schools. Though a fierce advocate of Boston Tea Party-style direct action against the tyranny of state and church (her 1895 lecture “Sex Slavery” concerned not traffic in women for purposes of prostitution, but marriage laws; her own son was taken from her when she refused to live with, much less marry, the boy’s father), de Cleyre was by no means unequivocal when it came to the question of private property. “Socialism and Communism both demand a degree of joint effort and administration which would beget more regulation than is wholly consistent with ideal Anarchism,” she presciently noted; however, she continued, “Individualism and Mutualism, resting upon property, involve a development of the private policeman not at all compatible with my notion of freedom.” Instead of settling on a cozy dialectical synthesis of these schools, de Cleyre took the (hilobrow/nobrow) negative-dialectical approach: adopting Fernando Tarrida del Mármol’s notion of “anarquismo sin adjetivos,” she declared herself simply an “Anarchist.”

On his or her birthday, HiLobrow irregularly pays tribute to one of our high-, low-, no-, or hilobrow heroes. Also born this date: Mikhail Bakhtin, Roswell Rudd.