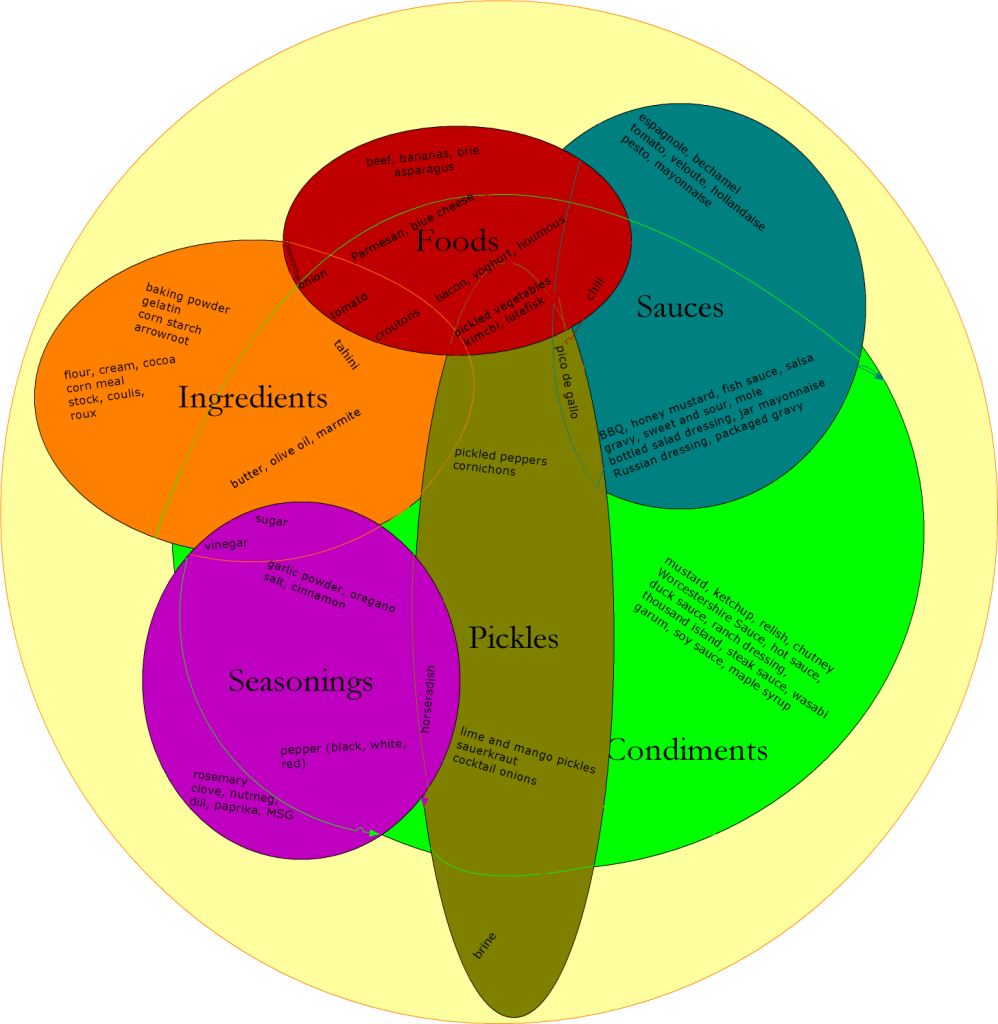 Click on the image to blow it up to full size.
Notes:

1. I’ve largely ignored anything whose primary purpose is to be spread on bread (or toast if you’re English). Your nut butters, Nutella, fluff, jams, jellys, marmalades, etc. Perhaps they can be dealt with alone someday – perhaps in a dark alley behind a bakery, late some night…

2. Sauces have a propensity to turn feral, ranging beyond their accustomed category to act as condiments or even ingredients. Some sauces that have turned feral: BBQ, honey mustard, fish sauce (there are too many fish sauces to categorize, and they are used in too many ways, but what’s more feral than uncategorizability?), salsa, sweet-and-sour, mole, gravy. Pesto is not yet feral, but it’s curious. Tomato sauce, too, shows evidence of turning feral, but as yet its feral uses are limited to bread sticks and fried cheese.

3. Sauces that have been dumbed down into mere condiments include bottled salad dressing, jar mayonnaise, Russian dressing.

4. Chutney, as a class, defies categorization (some are sauces, while others have turned feral).

5. Marmite is an ingredient for a dish that doesn’t exist.

6. Cream is an ingredient — unless you routinely drink cream, in which case it’s a food.

7. Thousand island dressing is a sauce not dumbed down, but invented to be, a condiment (Russian dressing + relish = nothing dumb about that).