Sixth in a series of posts revealing the secret history of condiments — and the influence they’ve had upon the course of history.

Wine and hard cider are just way stations on the way to vinegar, vinegar interruptus — that taste you’ve tried to describe, not so much a hint of blackberry, or currant, not a tannin, something that keeps slipping past your tongue? That’s the wine yearning to be vinegar. We think of them as end points, but nature has other notions. Even English ale will turn to vinegar if given the opportunity — they used to call this alegar (hard to imagine how this didn’t stick) but now we call it malt vinegar.

So it’s no surprise that the history of vinegar as a beverage is a great deal longer than its history as a non-beverage. Picking up a medicinal concoction recommended by Hippocrates call oxymel, the Roman legions popularized a drink called posca. Made of vinegared wine, honey and seasonings (often coriander), it was an integral part of a legionary’s battle kit (it was also used externally as a topical antibiotic, a perfume — and sometimes just to get that slippery, vinegary feeling). In addition to quenching thirst and furnishing its natural restorative effects, it also killed most of the bacteria that infested provincial water supplies (it was carried around undiluted and added to water to make the drink, much as wine was diluted before use), and prevented scurvy. Most sensible scholars believe that sterix, Asterix’s magic potion was simply posca mulled with crushed mistletoe and bat guano. Cato the Elder swore by it, often exclaiming “Posca est esculentus, et Ceterum censeo Carthaginem esse delendam” (Posca is delicious and, furthermore, Carthage must be destroyed). Cato fought in the Second Punic war, pitting a posca envigored Rome against Carthage and their explosive vinegar. 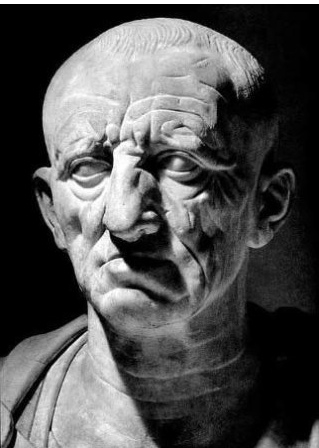 Because vinegar drinking has fallen off and only college students and hobos still drink even half-turned wine, theologians have made some broad misinterpretations about what the author of the Bible intended when invoking vinegar. Even Thomas Aquinas, an Italian who should have known better, came down hard on vinegar, saying “If you seek an example of despising earthly things…[he was] ‘given only vinegar and gall to drink'”; “[d]o not be attached, therefore, to anything delightful, for in ‘my thirst they gave me vinegar to drink.'” I’ll reinterpret the Bible’s vinegar references in light of the history of this most important of ingredients, hoping to show that they’re less astringent than conventionally assumed.

This quote from Numbers highlights the fact that the ancient world didn’t make distinctions based on a wine/vinegar dichotomy like we do. For them it was a continuum from grape juice (or apple, raspberry, etc.) to wine to vinegar that encompassed juice, juice-wine, wine, wine-vinegar, and vinegar and was drinkable the whole way. Because contemporary readers are accustomed to consumer products, this notion is difficult to internalize. We think of wine, grape juice, and vinegar; or cider, hard cider and apple cider vinegar, as completely separate products, not different stages along the same line.

Psalms 69:21 They gave me also gall for my meat; and in my thirst they gave me vinegar to drink.

This is the line most often cited by the anti-vinegar crowd, but the vinegar is just there to balance the gall (a catch all for any very bitter herb) on the meat, not to point the unpleasantness of drinking a degraded and corrupt wine. They needed to balance the line and having gall on my meat and gall in my wine is awkward and cow urine has too many syllables in Hebrew. I should note that some people were quite fond of gall — the ancient world was funny. 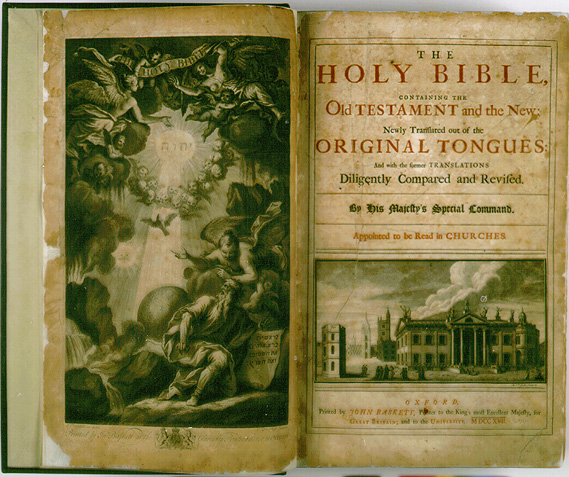 Proverbs 25:20 As he that taketh away a garment in cold weather, and as vinegar upon nitre, so is he that singeth songs to an heavy heart.

This is nice — song lifts the heaviness from the heart like vinegar and nitre (a basic soap, like baking soda) lifts a stain. Either that, or taking someones coat in the cold, adding vinegar to baking soda, and singing to someone who is depressed are all equally annoying.

Matthew 27:34 They gave him vinegar to drink mingled with gall: and when he had tasted thereof, he would not drink; 27:48 And straightway one of them ran, and took a spunge, and filled it with vinegar, and put it on a reed, and gave him to drink.

Mark 15:36 And one ran and filled a spunge full of vinegar, and put it on a reed, and gave him to drink, saying, Let alone; let us see whether Elias will come to take him down.

Luke 23:36 And the soldiers also mocked him, coming to him, and offering him vinegar,

John 19:29 Now there was set a vessel full of vinegar: and they filled a spunge with vinegar, and put it upon hyssop, and put it to his mouth; 29:30 When Jesus therefore had received the vinegar, he said, It is finished: and he bowed his head, and gave up the ghost.

Interestingly, there is actually agreement from all four Gospels that Jesus drank vinegar on the cross, but why he rejects one offer and drinks the second is a matter of extended theological disputation. The famous part here is the Roman soldier offering Jesus a vinegared sponge on a staff (or spear), to mock his plight – crucified with only vinegar to drink! As a Roman soldier though, he was likely just offering whatever he was drinking — posca or a posca derivative. Presumably what occurred was: 1) A Roman soldier soaks a sponge with posca and puts it on a stick (or spear as some have it) to offer it to Jesus, or 2) Jesus either says” thanks, but I’ve never been a big fan of posca” (it’s an acquired taste and no accident that Matthew says its flavored with gall) or “I’m not really in a mood to be accepting gifts from Romans, at the moment”, and doesn’t take a drink. 3) His friends then offer him a better vinegar drink — John says it’s flavored with hyssop which is actually ezov, a traditional cleansing herb that’s an aromatic and not especially bitter — which he drinks. Simple as that.

Vinegar’s last hurrah as a beverage occurred in the new world: the molasses trade brought a drink called switchel (alternately switzel, swizzle and, later, haymaker’s punch) to North America from the Caribbean. Made from vinegar, ginger, molasses and water, switchel was famed as an invigorating quencher of thirst. It became popular as landowners sought to find a replacement for the rum that their employees were drinking in the fields all day; anecdotal evidence was suggesting some drops in productivity. Water was viewed with suspicion because of possible contamination and fears it threw a person’s interior and exterior temperatures out of balance. Naturally the temperance movement grabbed on to switchel with both claws, and propelled it to even greater popularity, until it was renowned as a Puritan beverage. Melville damned it with faint praise in “I and My Chimney,” saying “I will give a traveler a cup of switchel, if he want it; but am I bound to supply him with a sweet taste?” and Laura Ingalls Wilder mentions it fondly in The Long Winter.

In the rest of the Western world though, vinegar’s long run as a beverage ran into a wall in 1676: a giant wall constructed entirely of lemons. Le Compagnie de Limonadiers, a corporation formed to exploit the lemonade trade in Paris, was formed that year and immediately consolidated their soft drink monopoly. Vendeurs prowled the streets with backpack tanks full of lemonade, tempting an unsuspecting public with their fruity wares. The thirst-quenching acidic drink market has been dominated by lemonade ever since, with vinegar drinks going the way of the oxalic-acid drink rhubarbade and the carbonic-acid cocktail “flivvel.”