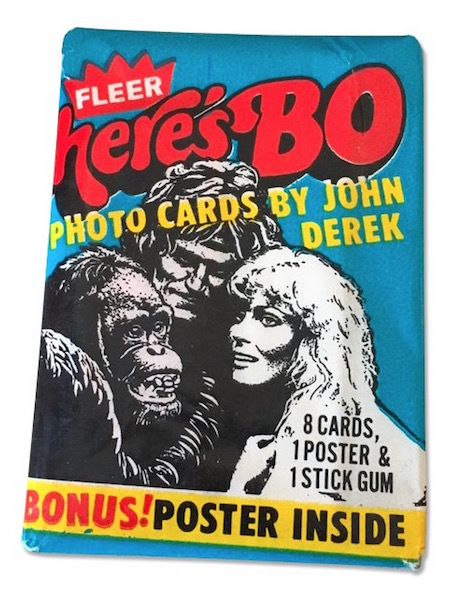 It’s 1981. Reagan is sworn in. Iran releases 52 American hostages. Pope John Paul II is shot. The CDC acknowledges the first five cases of AIDS. Sandra Day O’Conner is appointed to the Supreme Court. Mark David Chapman is sentenced to twenty years in prison for killing John Lennon. Anwar Sadat is assassinated. And all I can think of are Bo Derek’s breasts.

It is July. I am 14 years old, and standing in a grocery store. My mother is two doors down at the laundromat. We are immigrants living in Philadelphia. We didn’t have our own washer and dryer. Once a week, usually on Saturday, but sometimes on Sunday, my mother gathers all the laundry in the house, loads up the rolly cart, picks whichever son has done the shittiest job of hiding from her, and we walk the four blocks to the closest laundromat.

My job is to deal with any English-speaking interactions along the way, as well as helping with the laundry itself. My mother refuses to learn English. She also refuses to learn how to drive. Later, in therapy, I’ll find out this is her way of staving off loneliness, and dealing with depression. But I don’t know that yet. I’m still 14. I also don’t know she’s passed the depression along. Just another bag of dirty family laundry passed in my direction which I’m supposed to sort through and wash.

As she’s loading the rest of the laundry she hands me a five dollar bill and sends me to the grocery store to get detergent.

I find the detergent and walk up to the counter. I do the math in my head. There’s enough for a candy bar. And as I’m making my choice I see her. Mixed in with the candy bars. Trading cards. Bo Derek trading cards.

Bo exploded into the national consciousness, and into several million young boys’ gym socks, three years earlier with the movie 10. I was eleven at the time so I hadn’t seen the actual movie, but I’d seen the trailer. With Bo running in slow motion. Her legs moving like I’d never seen a woman’s legs move. Certainly not on the Jersey shore. Cornrows bouncing up and down. (We didn’t know what cornrows were until we saw Bo wearing them.) And those breasts. Those breasts were amazing. To a 14-year-old boy they were mythical. Except they existed. And every time I saw her on television there was the anticipation that those breasts would pop out of her dress. Which I imagined often.

Bo was beautiful and she was everywhere. Magazine covers. Television shows. Advertising. There were rumors she was naked in the movie, but this was before the internet. We had to work for our nudity. And as yet, none of the boys at Holy Child catholic school had managed to see the movie, although Tim Green, who’d sprouted a foot in the summer between seventh and eighth grade, had managed to sneak into Caligula.

I walked out of the grocery store, opened the pack of cards, shoved the nasty stick of gum that came with them in my mouth, pushed the cards as deep into my front pocket as I could and headed back to the laundromat.

See All Posts by Mike Monteiro

Mike Monteiro grew up in Philadelphia. He lives in San Francisco with his wife, son, and dog. He’s written a couple of books, and he’s blocked by Eric Trump on Twitter.