During the second half of the Twenties (1924–1933), the cheeky, irrepressible Mickey Mouse charmed the world — particularly including anti-fascist artists and intellectuals, who hailed MM as an emblem of freedom. 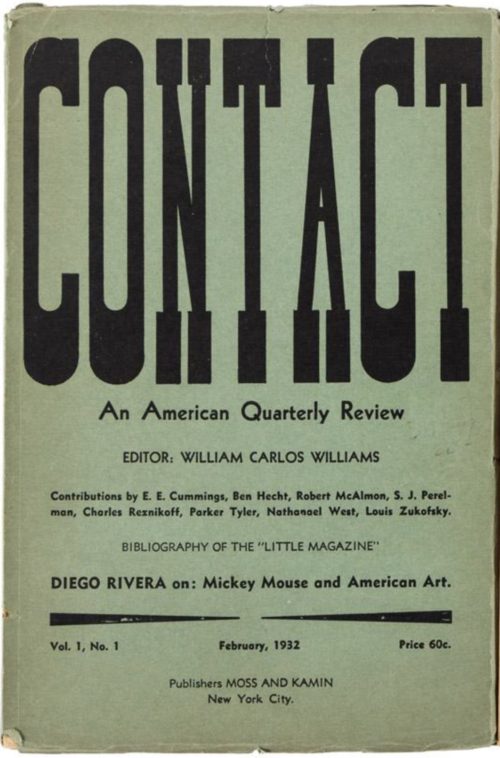 For example, in 1932, Diego Rivera — the Mexican painter known for his radical, often incendiary, Communist politics — called Mickey “a genuine hero of American art.” This pronunciamento was intended to shock the progressive readers of the avant-garde journal Contact, edited by William Carlos Williams.

Rivera insulted what passed for “the ‘revolutionary films’ of today,” by insisting that in the future, once the worldwide socialist revolution had been achieved, didactic movies featuring positive heroes who persevere against all odds to help build a classless society — one thinks of Eisenstein’s Battleship Potemkin (1925) and October (1928), say, or Yutkevich’s Golden Mountains (1931) — would be utterly uninteresting to moviegoers. The only 20th century art that would remain entertaining? Mickey Mouse.

Although writing for a specialized audience, Rivera is making much the same point that we’ve seen E.M. Forster and others make, in the TRICKSTER MICKEY installment of this series. That is to say: The early Mickey Mouse movies aren’t merely lowbrow entertainment. They’re wickedly clever, and refreshingly free of sentiment or didacticism. Wit triumphs over shit — that’s the only thing Mickey Mouse viewers learn.

Writing a year earlier, in a private journal entry, the German Jewish intellectual Walter Benjamin muses, “In these [Mickey Mouse] films, mankind makes preparations to survive civilization. Mickey Mouse proves that a creature can still survive even when it has thrown off all resemblance to a human being. He disrupts the entire hierarchy of creatures that is supposed to culminate in mankind. … So the explanation for the huge popularity of these films is not mechanization, their form; nor is it a misunderstanding. It is simply the fact that the public recognizes its own life in them.”

The Western social order, Benjamin seems to suggest, was already becoming inhuman in 1931. Round pegs — and the melancholy, sentimental, hapless Benjamin was the roundest of pegs — were increasingly being forced into square holes. The equivocal good news? Humankind could adapt — at best, into Mickey Mouse-like creatures, not entirely human but not entirely inhuman. Rubbery, resilient, irrepressible, this mutated version of humankind would survive and thrive. Wit would continue to outmaneuver shit.

In his 1941 seminal work of political psychology Escape from Freedom, Erich Fromm — like Benjamin, a member of the Frankfurt School; Fromm fled Germany after the Nazi takeover — would also suggest that MM’s fan-base is drawn by recognizing “something that is very close to its own emotional life,” that is to say, a small creature overwhelmed by a large society. “The spectator lives through all his own fears and feelings of smallness and at the end gets the comforting feeling that, in spite of all, he will be saved and will conquer the strong one” — i.e., thanks to fortuitous accidents that allow him to escape his fate, as opposed to creating his own escape.

These anti-fascist readings of Mickey Mouse are half-hearted, to be sure. Mickey represents the little guy who may not be able to make much of a difference… but he’s got grit. He’s a cheerful version of the character Peter Lorre would play after the diminutive Jewish actor fled the rise of Nazism in the Thirties: Unable to stop thugs from pushing him around, but outraged and resilient every time it happens.

I believe that this is the sort of thing that film writer — and former Chaplin comedy producer — Terry Ramsaye was getting at, in 1932, when he opined that Mickey is “all things to all men. He is a gust of thoughtless fun to the casual, the lowbrow, the thoughtless. He is the voice and personification of the weltschmerz to the sophisticate and a blood brother to the philosopher.”

Middlebrow adulation for MM was a different sort of thing. In 1933, journalist Edwin C. Hill, writing in the Boston Evening American, hailed Mickey as a “gay, gallant and resourceful little creature” — one who showed up “at the time the country needed him most — at the beginning of the depression.” (Hill is proleptically writing about Shirley Temple, here — who wouldn’t achieve fame until Bright Eyes, a 1934 feature film designed specifically for her talents.) But you get the idea: Mickey the trickster, Mickey the Zip Coon manqué, was being repurposed as an uplifting figure.

No longer an emblem of wit vs. shit, MM was being refashioned to represent the virtues of cheerful optimism, a can-do attitude. He became even more beloved, as a result — though the process of sanding down Mickey’s edges until he was entirely insipid had begun.

Fun facts: Some of Mickey’s best movies of the latter half of the Twenties (1924–1933) include Plane Crazy (1928; this movie spawned the adventuresome MM comic strip, which would run from 1930–1975 in US newspapers); The Karnival Kid (1929; the first movie in which Mickey speaks); The Opry House (1929; the first time Mickey wears white gloves); When the Cat’s Away (1929); Barn Dance (1929, which ends with a rejected Mickey facing the viewers and sobbing); The Barnyard Battle (1929; the German Board of Film Censors prohibited any presentations of this short, in which Mickey is a soldier facing cat enemies in German-style helmets); The Cactus Kid (1930, the last Mickey film to be animated by Iwerks); Mickey’s Orphans (1931); The Moose Hunt (1931; the first appearance of Pluto as Mickey’s pet); Building a Building (1933); and The Mad Doctor (1933).