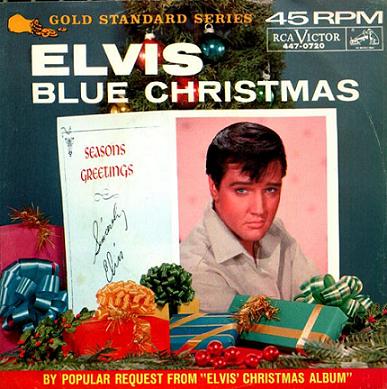 On September 5, 1957, Elvis Presley recorded Billy Hayes and Jay W. Johnson’s country song “Blue Christmas.” Elvis’s “Blue Christmas,” which first appeared on his 1957 LP Elvis’ Christmas Album, and which wasn’t released as a single until 1964, is now a beloved holiday standard. And it boasted not one but two cryptic messages — detectable only by the cognoscenti.

The song’s first message was encoded musicologically. Elvis’s backing vocalists (especially in the soprano line) replace many just major and minor thirds with neutral and septimal minor thirds — get it? They added “blue notes” to the song! The blue-noted scale was added to pop music in 1914 by W.C. Handy, whose “St. Louis Blues” approximated the sound of African song’s quarter tones (which hover between major and minor, more appropriate to the voice or the guitar than to piano) by flatting the third note in the major scale, and also the fifth and seventh tones. Forget Ernest Tubb, whose version of the tune Elvis would have known well; Elvis’s “Blue Christmas” was no longer a cornpone country ballad, it was now a Memphis street-corner blues. 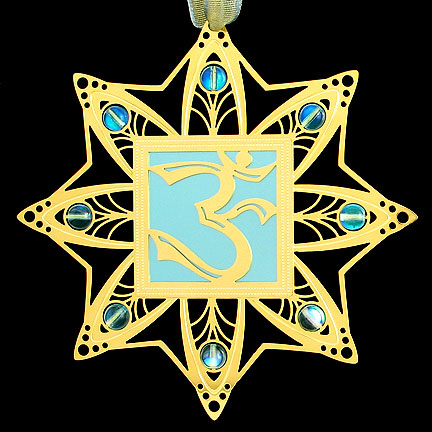 The song’s second — and far more important — concealed message was a religious one. In “Blue Christmas,” Elvis outs himself as a Theosophist.

In 1964, under the influence of hairdresser/guru Larry Geller, Elvis began to practice as a Theosophist — that is, a seeker after the wisdom underlying all religions when they are stripped of accretions and superstition.

The particular tradition of spiritualism from which stem most of the writings to which Elvis Presley devoted himself for the balance of his life was established in the 1870s in New York City by the notorious and fascinating Madame Blavatsky. Elvis always had on hand copies of Madame Blavatsky’s writings and those of her disciples, like Anne Besant and C.W. Leadbetter.

As “Blue Krishma” demonstrates, of course, Elvis had studied up on Eastern religion before 1964. And why not? After all, he was an avatar of Krishna.

The god Krishna (whose name means “dark blue”) is a central figure in the Hindu tradition; he is often described as a handsome young prince and musician. As Mary Lynn Kittelson points out in The Soul of Popular Culture: Looking at Contemporary Heroes, Myths, and Monsters:

Those who physically resemble major artistic representations of the Gods appear to be almost pre-selected to fill the culture’s God-like projections. The physical appearance of the young Elvis Presley is a Doppelganger for the artistic representations of many of the beautiful deities, Krishna included. Attend to a painting of Krishna, as artists have imagined him in the scriptures, and then look a the young Elvis Presley’s photographs. They have many numinous features in common, the slender body, the luxurious hair, the beautiful clear visage, the completely sensual features.”

In the summer of 1957, just weeks before Elvis recorded his Christmas album, there was what I’d call a Krishna-sporting-with-the-milkmaids culture at Graceland. As described by Goldman:

Elvis’s favorite color was dark blue, a drastic change from the pink and black he had favored a couple of years earlier. His bedroom had white walls, but the drapes and the spread over the enormous bed were blue with white leather piping. Behind the bed was a big smoked-glass mirror. Elvis and the three girls would all sit on the bed, yoga style, with him in the middle. He’d tickle one of the girls and make her toss and giggle. Then, he’d kiss her. Turning to another one, he’d say, “Gloria is jealous ’cause I kissed Frances” or “Frances is jealous ’cause I kissed Heidi.” After they had tired of this play, Elvis would turn out the light. Then he would lie down on the bed with an arm around a girl on each side and the third girl lying across his feet. 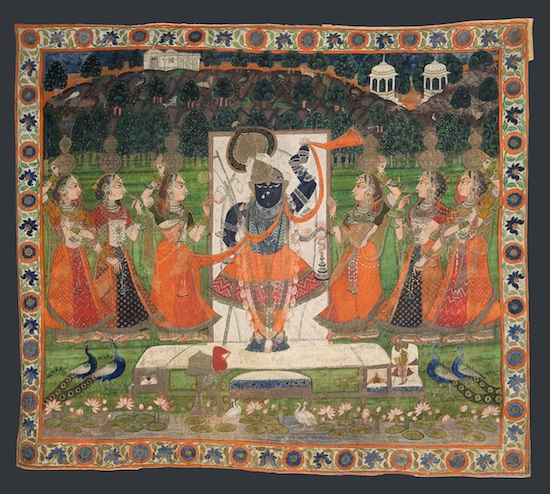 The scene was set! Long before that kid on The O.C. invented Chrismukkah, and even before the grassroots invention of DeepaRaya and Kongsi Raya, Elvis combined elements of the Christian tradition into which he was born and the Hindu tradition with which he closely identified.

Your ears did not deceive you! Elvis clearly distinguishes between the “Christmas of White” that “you” (Christians) celebrate, and the “Blue Krishma” that he’s invented.

Alas, information about the rites and rituals of Blue Krishma have not yet surfaced. If you have any ideas on this topic, post them to the comments box below.

* By the early 1960s, Elvis became a signifier for anti-government protest in India. Scholars are now studying the hybrid Elvis/Krishna iconography which appeared around that time.

* In his final concerts, Elvis always sang “Blue Krishma” — even though the concerts were held in summer months. Why? Perhaps he was finally ready to out himself as a Theosophist to the general public. Perhaps that’s why he was murdered… 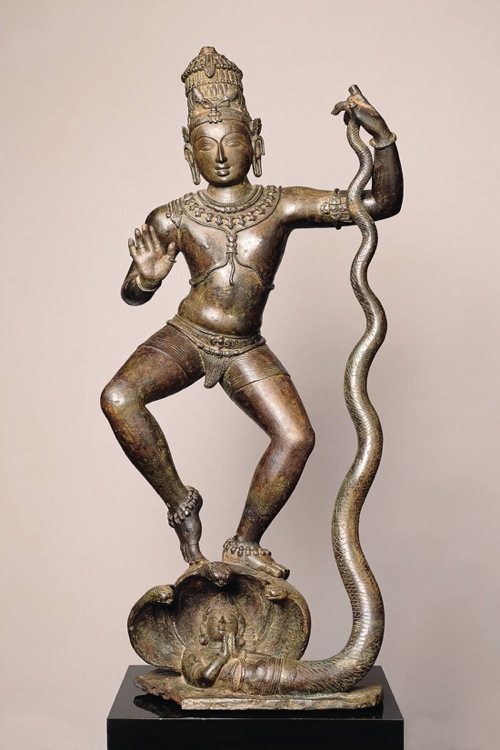