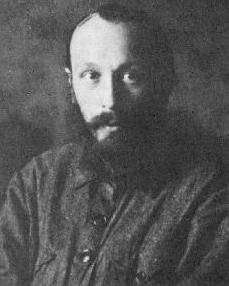 MIKHAIL BAKHTIN (1895–1975), the great scholar of the dialogic and the carnivalesque, almost vanished without a trace. Arrested by Stalin’s police in 1928, for years he was marooned in Kazakhstan and then in far-off Mordovia. (When a group of young Moscow scholars read his pioneering book on Dostoevsky in the early 1960s, they were amazed to discover he was still alive.) A bone infection left him frequently bedridden and finally led to the amputation of one of his legs. During WWII, the manuscript of one of his books, a study of the 18th-century German novel, was lost when his publishing house was blown up; Bakhtin used his remaining notes as rolling paper. To fully see what he accomplished as a literary critic, you have to set Bakhtin next to his opposite and double, the formalist Viktor Shklovsky. Shklovsky was an adventurer and dandy who fought in the trenches, rode with the Cossacks, and knew how to assemble an airplane engine blindfolded; in his criticism he took pieces of literature apart as if they were parts of a glittering machine. Lying in his sickbed, however, Bakhtin saw literature as an organic being. In Dostoevsky, he found a forest teeming with voices, some of them speaking with the author, others whispering behind his back. In Rabelais he found the grotesque body, which eats, drinks, farts, shits and cums, but cannot be killed. But most of all he found the carnival: the day when all hierarchies are reversed and all power mocked. He was the first to see laughter as a weapon of the oppressed, but his vision came with a threat. Think of Ivan the Terrible feasting with the boyars, or Stalin laughing at his lieutenants before killing them: those were carnivals too.

On his or her birthday, HiLobrow irregularly pays tribute to one of our high-, low-, no-, or hilobrow heroes. Also born this date: Voltairine de Cleyre and Roswell Rudd.