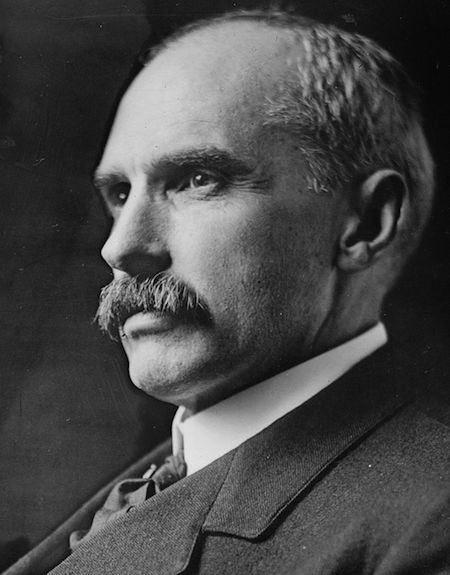 “No expensive collections,” are needed to found a new museum, said Vermont-born library and museum director JOHN COTTON DANA (1856–1929), “no objects rare and costly or aristocratic history are necessary.” In 1902 Dana became library director in Newark, NJ. There in 1909 he opened the Newark Museum, where he pioneered techniques of making museums and their collections accessible and relevant to everyone. Or at least he tried. He published many essays on “the new museum” but fought with his trustees about the kinds of artifacts to show (he advocated for “the applied arts” rather than European oils.) And though his writings argued for democratic museums in a crusading reformer style, he always assumed that it was the museum and its cultured staff that would set the tone, giving curious, engaged, working-class people the aesthetic education he presumed they longed for — a museum as an “Institute of Visual Instruction.” Dana is famous (or infamous) for contrasting museums with department stores and finding them lacking. Department stores were clean, friendly, welcoming, had convenient hours, and were located in the middle of cities where the people were. In a 1928 exhibit called Inexpensive Objects, the museum bought items at local dime stores and announced in labels, “Beauty has no relation to price, rarity, or age. No article in this case cost more than fifty cents” — the exhibit as consumer education. Dana’s blurring of art and commerce was influential and prescient, but his ideas of democratic and accessible museums are yet to be fully realized.

On his or her birthday, HiLobrow irregularly pays tribute to one of our high-, low-, no-, or hilobrow heroes. Also born this date: Ogden Nash, Skip Williamson, E.J. Bellocq.