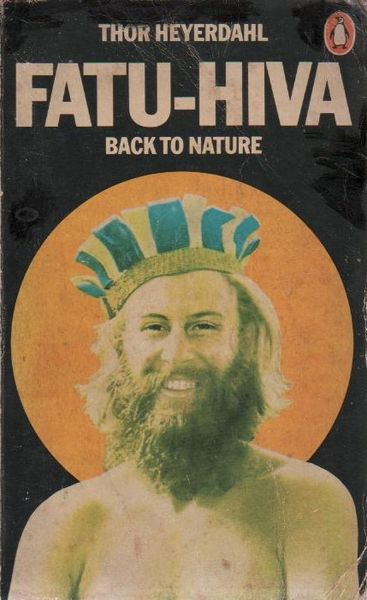 THOR HEYERDAHL (1914–2002) lived a long life, but so much was left undone: he might have piloted an ice floe from Porvoo to Hokkaido to prove Finland’s nomadic Sami peopled Japan; he might have shown how Mexico’s Tarahumara Indians settled Alaska by surfing there on the back of a humpback whale. It’s easy to poke fun at Heyerdahl’s attempts to reverse-engineer history, but his humane spirit stands out among the experimental archaeologists, psychic voyagers, and golden astronauts of the twentieth century. Historians formerly relegated the unlettered and powerless peoples of the world to the status of also-rans in the march of progress; Heyerdahl’s view encompassed all peoples and reached back to the dawn of the species. Beloved in the Norway of his birth, his statue also stands in such far-flung locales as Tenerife and Baku, Azerbaijan, which to him weren’t cultural backwaters but waypoints on our species’ restless, speculative march to populate the globe. Today, a new synthesis draws on archaeology, genetics, linguistics, and ethnography to comprehend history as the whole of the human career. This knowledge of deep time depends on a rigorous empiricism Heyerdahl eschewed; that it lacks the enthusiasm and antic courage of Kon-Tiki’s captain can be counted a loss.

On his or her birthday, HiLobrow irregularly pays tribute to one of our high-, low-, no-, or hilobrow heroes.