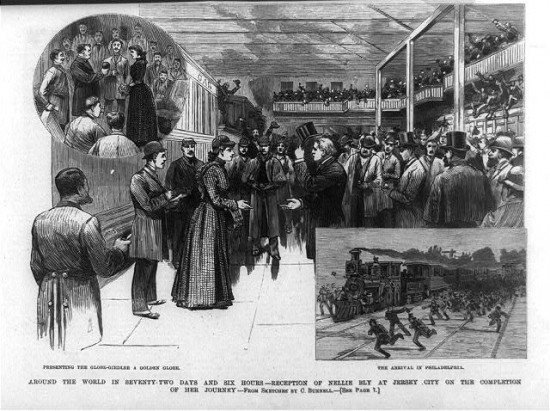 We’ve reached a milestone with this, HILOBROW’s three-thousandth post. Reminds us of Nellie Bly, who on this day in 1890 arrived back in New Jersey on a train chartered for her by her employer, Joseph Pulitzer, completing her round-the-world journey in “seventy-two days, six hours, eleven minutes and fourteen seconds,” according the tally published in the New York World. The same feat may be accomplished in hours today, but we’re sure Nellie would agree: the world is as big as it ever was. We’ll keep posting; here’s to three thousand more!