Animals: they appear as mascots and familiars, companions and antagonists; we bar them from our homes and invite them into our dreams. John Berger suggests that animals “first entered the imagination as messengers and promises.” The messenger makes immediate sense: the bluejay caws, the dog barks, a message propagates across the neighborhood. But promises? What is the promise of the animal? 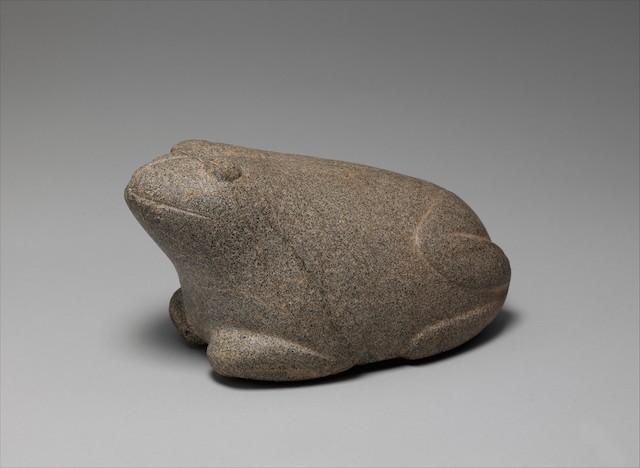 Weight in shape of frog, from The Metropolitan Museum of Art

In explication or illustration, perhaps, lies the promise of which Berger writes. Wily fox, industrious ant, mother bear—we turn to animals to name our qualities. But animals always exceed these assigned qualities—or, better, they withdraw from them. 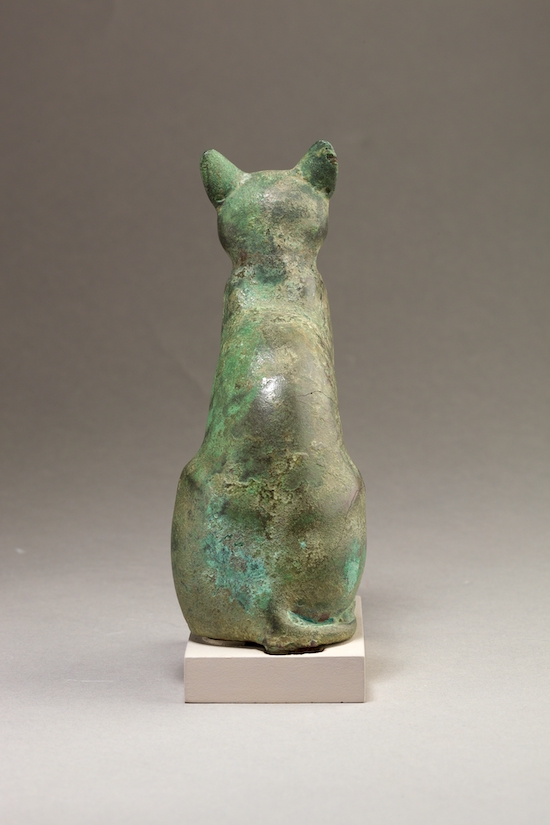 Cat, from The Metropolitan Museum of Art

They insist on their otherness, their secretiveness, their sovereignty. For this withdrawal, as much as for the promise of their qualities, we trap and cage them, wrap their hides round our bodies, wear their feathers on our heads. If the animals withdraw from us, we keep trying to withdraw into them. 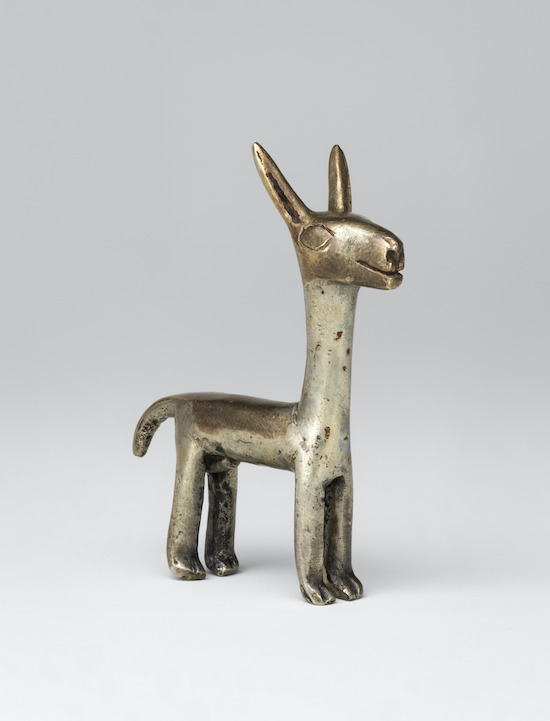 Camelid figurine, from The Metropolitan Museum of Art

What animals draw you—what animals do you withdraw into? This open-ended series of posts* will explore incursions of nonhuman animals into culture high and low. Like the medieval bestiaries, posts in the series will enumerate the qualities, adumbrate the mysteries, and boggle at the capacities of creatures great and small. Some pieces will grapple with the familiar zoology of myth, fable, and cartoon, the cozy menagerie of animals we think we know; others will contend with less familiar life forms and forms of life. Across the board, they’ll batten on images: engravings, paintings, porcelains, footprints, fossils, tattoos, and many of the other ways animals appear to us.

*This departs from typical practice, in which HiLo series are usually planned in discrete multiples. With animals, you never know what might be lurking in the bushes. 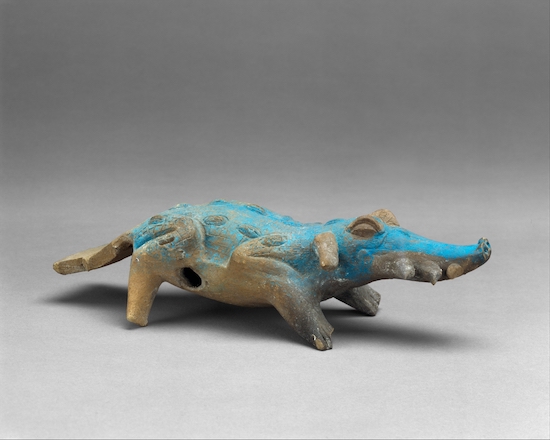 Crocodile rattle, from The Metropolitan Museum of Art
*