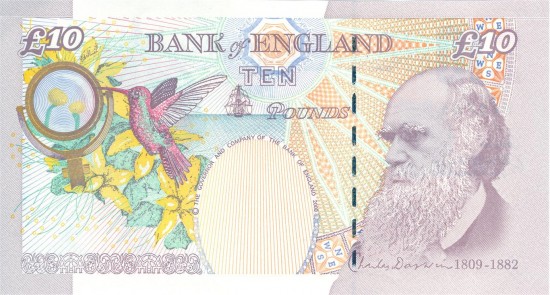 In light of the birthday of both Abraham Lincoln and Charles Darwin, I’m posting here a review I wrote of Adam Gopnik’s book Angels and Ages: a Short Book About Darwin, Lincoln, and Modern Life, which originally ran at the Barnes & Noble Review.

I’ve always had trouble reading Adam Gopnik. It’s not due to lack of clarity or interest; Gopnik’s mind is lively, his prose invariably tasty. He is perhaps our premiere bourgeois fabulist, and his writing spans the human career, comprehends our highs and lows, and hymns the apotheosis of the liberal arts in America. My vexation is small: I’m tripped by his parentheticals, in which whole worlds of thought and epochs of history are contrapuntally convoked, hyperbolically summarized, and breezily dismissed. Come to the end of a sentence, whatever the topic, and you’ll find the sash thrown open to a brace of non-sequitur name-checks — perhaps Emily Dickinson and the Doge of Venice — tumbling arm in arm to a neat defenestration, close bracket. So I approached Gopnik’s latest book with some trepidation — for at first glance, Angels and Ages (subtitled A Short Book about Darwin, Lincoln, and Modern Life) would seem to take one of those parentheses (Lincoln and Darwin were born on the same day in 1809) and stretch it, saltwater taffy-like, into a book. Long before the final parenthesis appeared, however, I was convinced that this elegant digression of a work will win itself a place in the bicentennial bibliography of the two titanic figures it embraces.

Gopnik takes his title from one of the best-known Lincoln enigmas. At the head of a tearful throng gathered at Lincon’s deathbed, Secretary of War Edwin Stanton reportedly remarked, “now he belongs to the ages.” Or did he say “angels”? Witnesses never agreed, and historians have turned handsprings searching evidence for one view or the other. Beyond mere antiquarian interest lies a philosophical problem: was Stanton offering an orthodox and sentimental prayer, or a knowing paean to Lincoln’s own deist fatalism? For Darwin’s legacy, too, much would hinge on these assonant terms. It was natural selection, after all, which brought angels and ages — the powers of a creator god and the blind prowess of time itself — into conflict. Darwin’s theory seemed only to offer the lowly impish ape as intercessor. “Is man an ape or an angel?” Benjamin Disraeli wondered — or, as Gopnik puts it, “If we accept the rule of angels, can we deal with the fact of ages? . . . Can we live in ages and not be only apes?”

Looking beyond the mere fact of their fortuitously coincidental nativity, Gopnik seizes on writing as the tie that binds Darwin and Lincoln as authors of modern consciousness (It’s a route that others have followed with rigor and authority. Fred Kaplan’s Lincoln: Biography of a Writer exhaustively analyzes the 16th President’s capacities as a storyteller and rhetor; in Darwin’s Plots, Gilian Beer explores the impact of the nineteenth century novel on Darwin’s writing). Gopnik’s challenge is to deftly interweave critical appraisals of the two figures’ work, illuminating how each strove to cobble together a coherent person out of words and ideas. For Lincoln, the implacable clarity of legal argument made a bridge first from poverty to respectability, and later from the tyranny of blood and honor to the cool authority of civil discourse. For Darwin, a boundless curiosity and a patient eye furnished refuge from his eminent family’s impossibly high expectations — a refuge from within which he conducted endless thought experiments on the raw material of observation provided by his Beagle voyage and the many years he spent raising animals and plants, talking with pigeon breeders, and watching life and death unfold in nature.

Despite their dramatically different origins, Lincoln and Darwin shared the tastes of the bourgeois ascendancy in which they took part: both were convinced of the attractions of the private family life, the life of drawing room and garden, of children’s games and quiet luncheons and gatherings at the fireplace. And yet they remain figures of radical difference. Whether playing with his children, cuddling with his wife, or gossiping about his detractors, Darwin is refreshingly knowable. With Lincoln, by contrast, the mystery of character always only deepens on reflection.

Both men came into prominence in an age that valued action. The politicians arrayed against Lincoln were men of the sword, duelists and cavalier bullies; the great and hallowed names in Darwin’s England had defeated Napoleon, subdued the Indian subcontinent, and circumnavigated the globe in fragile wooden ships. And yet, although Lincoln and Darwin worked in mere words, their concerns were profound; both struggled through awful mortal particulars — the passing of beloved children — toward universalizing confrontations with mortality. “Their constant sense of the presence of death,” Gopnik concludes, “helps explain why they both came to a new, almost mystical sense of the power of time — time the explanatory force, the justifiying force that gives meaning to life by asking us to think in the very long term…. Deaths at Cold Harbor or in the struggle for existence made some sort of sense in history, beyond individual imagination but within human imagination.” There is grandeur in this view of life, Gopnik finds — grandeur, and a fierce kind of liberal heroism as well.

Both Darwin and Lincoln led large lives, and Gopnik perambulates these expanses with efficiency and wit. Throughout the book, however, parenthesis flourishes. “There are two kinds of intelligence,” Gopnik writes at the end of an already-parenthetical passage about Darwin’s intellectual sensibility, “the analytic ability and the aphoristic gift.” It’s a deliciously neat piece of work, embodying both analysis and aphorism. But then a parenthesis of non-sequitur biography blooms: “(G. K. Chesterton and George Bernard Shaw both had the supreme gift of summing up an argument in a phrase — but couldn’t for the life of them see the practical consequences of an idea that sounded good when you said it — for example, what an honor-and-agriculture society would actually be like in modern times, what the result of a planned economy run by a Superman would actually become.)” Between the brackets, dashes carve off deeper precincts of parenthesis, a nest of Chinese boxes. But why Chesterton and Shaw? Figures of a later era, their work deals with the sorting out of the troubles sown in Darwin and Lincoln’s time. There’s the glimpse of another little book here, but it’s too much for a parenthesis. Like many of Gopnik’s asides, this one treads the line between the glowing arc of insight and the distracting crackle of static electricity.

Such divigations may be provoking, but it’s ebulliently smart stuff nonetheless. Gopnik makes no scholarly claims (and he is refreshingly grateful to the scholarship that informs him and spurs his own curiosity). Instead, he gives readers a gift that only the personal essayist can offer: a mingling of empathy and otherness, the alienated majesty of words that knit mind to modern mind. Gopnik treats Lincoln and Darwin not only as objects of historical analysis with all their precursors and influences, but as feeling intelligences whose fibers vibrate in sympathy with our own. We get not only the measure of the men, but a chance to take our own temperatures as well. This is a short book that could have been shorter; the tendency to combine analysis and aphorism get in the way toward the close. In sum, however, Angels and Ages elegantly and enthusiastically plumbs contrasts in the lives of Lincoln and Darwin, finding in them the wellsprings of modern consciousness. And for that it deserves more than parenthetical consideration.