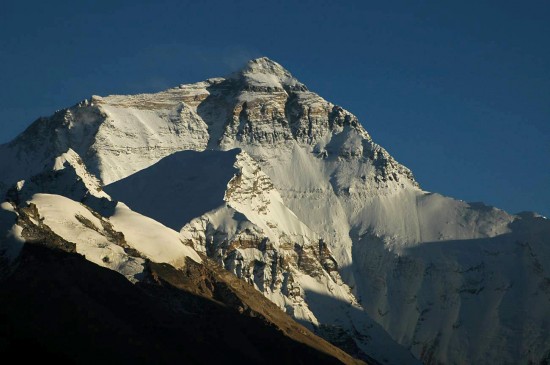 In the grand romantic tradition of failed exploration, GEORGE HERBERT LEIGH MALLORY (1886–1924) stands 29,000 feet above the rest. Like his near-contemporaries Robert Scott and Ernest Shackleton, Mallory hailed from the British Isles, and like them too, spent most of his life as far away as possible, communing instead with the planet’s extremities of rock, ice and snow. A skilled alpinist with a sinuous, parkour-like technique, Mallory was said to “flow” up a slope. During sea-level sojourns he hobnobbed with the Bloomsbury Group, who humored his hobby, and he did his due diligence as student, teacher, soldier, and husband. But nothing could keep him off the mountains, and when the first British expedition to survey Mount Everest was organized in 1921, he leapt at the high unimaginable hook.

Surrealist Rene Daumal might have had Everest in mind for his metaphorical Mount Analogue:

Its summit must be inaccessible, but its base accessible to human beings as nature made them. It must be unique and it must exist geographically. The door to the invisible must be visible.

Mallory flowed and failed twice before his final assault on the metaphor in 1924. Wrapped in tweed and wool, with an awkward carapace of oxygen tanks and tubes, Mallory and his climbing partner Andrew Irvine decamped for the top of the world. Last sighted near the summit through a brief parting of clouds, they stepped through the door to the invisible, and it was not until 1999 that Mallory’s body was found, eerily preserved at 26,760 feet. But despite crucial bruises and the contents of pockets, the evidence remains unclear: did he reach the top? We don’t know. Did he find what he was looking for? Of course not; no one does. So why try? Because it is there.