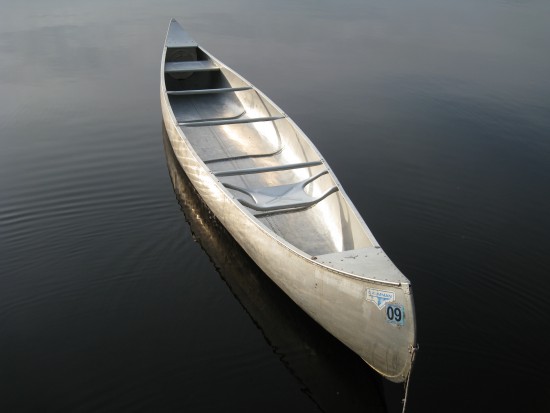 He appealed to the bright canoe. It made a pleasant brake of haloes,
a gleaming in the shallow gut. There’s a harp in there, or a sunken piano
grinning mutely in the dusk of trees. In the bank, a treasure of mussel shells,
opalescent, holed. How many gulls mobbed the combine that day,
following the churning treads, laboring in the spotted exhaust? The field
shone like worried metal through the maples, there was a sun that way.

On the near shore stood the sycamores, shaling off peels of bark in the breeze.
The ground a mud wrestled flat by purslane, exploded here and there by the brittle ferns.
Ants hurrying bits of us into their holes. There is no sunset down there,
no spectrum, no green flash, the river hustling off to blossom its emptiness in Mexico.

What did he say about Chicago, its continental divide? What did he say
about the river reversing, the levees and who lived in them,
the slaughterhouse, the gleaming rail? There was a key, I lost it
in the sapience of the turning birds, the unctuousness of the deer
that shook the nettle. There was a hole made in the water,
there was a ship in it once, its smashed footprint sponges the grass.