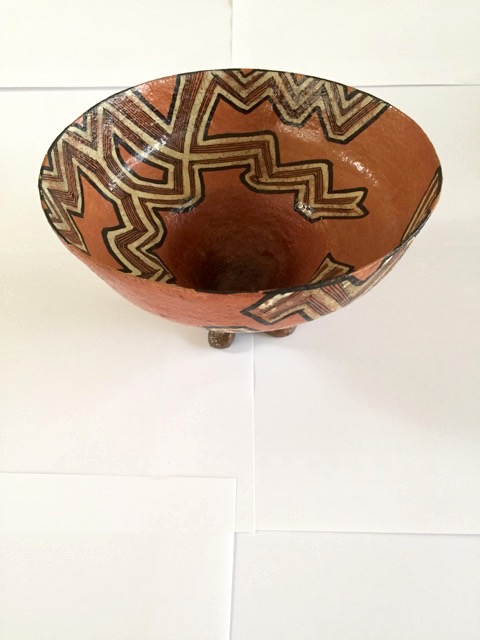 We had flown into the Ecuadorian rainforest in a tiny plane. In the interest of weight distribution, I had been instructed to hold a box filled with eggs on my lap. When the difference between safety and disaster is the weight of eggs, one might reconsider things, but this was part of the excitement of going if not entirely off, then a bit to the side of the grid: the little scintilla of manageable danger that made us feel that we were headed towards an experience of otherness. The plane was followed by a two-hour boat ride down one muddy tributary after another, past densely forested banks that occasionally opened into clearings where we could glimpse the thatched roof homes of scattered villages. We would be visiting one such village, our guide assured us, where we would have an encounter with a shaman. We were rich with anticipatory excitement. The word shaman — hell, even village — were code: we were headed towards the exotic, towards something real.

Our boat pulled up onto a beach and we were led into the shaman’s home where we observed a healing ritual. The shaman lay his hands on the afflicted villager. He chanted. He seemed altered, from the chicha, a strong, fermented drink made from masticated yucca fibers, that was being passed around in clay bowls, or maybe something more hallucinogenic. It was hard to know exactly what was going on. The whole thing had a shambling, casual quality, something far less performative than the healings I’d seen take place in American churches. And yet, I knew I was witnessing a kind of performance. I had no doubt that rituals like this were authentic, but I had a feeling they did not normally take place in front of an audience who had paid for the privilege. The villagers were accommodating our intrusion and our schedule probably not to foster mutual understanding, but because visits like ours were one of their revenue streams.

When we left the shaman’s home, some villagers had laid out items for us to purchase, among which were the chicha bowls. They were simple, delicate, and lovely in their peculiar shape. I bought three. When I look at the bowls, which sit on my coffee table at home in Los Angeles, I think about the strange transaction that is tourism, one in which authenticity is a commodity peddled by locals, and bought by tourists, an exchange based on a structure of artful disingenuity on both sides. I loved my trip the village. I feel fortunate to have gotten the chance to go. But to believe that I had a genuine experience of the other would be to ignore the fact that the act of tourism is mediated by political and economic realities that transform the authentic into something else. My bowls are not artifacts of the time when I got to see a real, live shaman in the Ecuadorian rainforest. They are appropriated objects, removed from their context, which serve as a reminder of the complex ironies of being a cultural voyeur.

See All Posts by Marisa Silver

Marisa Silver's most recent novel is Little Nothing.