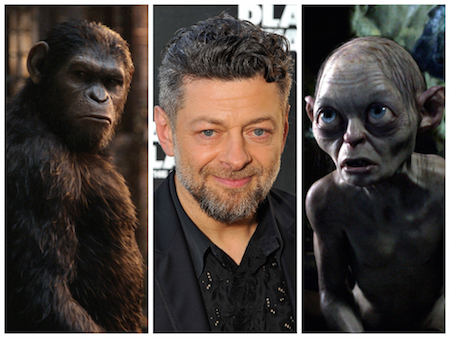 Even if you couldn’t pick his face out of a crowd, you’ve seen ANDY SERKIS (born 1964). Famous for playing Gollum, King Kong, and Caesar the ape behind the veil of mocap, Serkis has been a vocal proponent for the artistic legitimacy of motion capture technology. Despite winning many awards, an Oscar win remains elusive. To many of the Hollywood elite, mocap isn’t “real acting,” an attitude that makes less sense as the technology improves with each passing year. Mocap has the potential to radically change the way we experience storytelling in the coming decades, whether it’s used solely by actors or by audience members too (as predicted in Neal Stephenson’s 1995 novel The Diamond Age, where actors and audiences alike can have mocap sensors embedded in their very lymphatic systems, allowing them to interact in virtual worlds). We could be lucky enough to live through a second Golden Age of cinema, where actors are never judged by the shape of their bodies or the color of their skin, but solely by their talent. Whether the future of entertainment is in passive cinema or interactive VR, Serkis will be remembered by future generations for his insistence that mocap performances can be as moving as the “real” thing.

On his or her birthday, HiLobrow irregularly pays tribute to one of our high-, low-, no-, or hilobrow heroes. Also born this date: Alvin Weinberg, Hylo Brown, George Takei, Harold Lloyd.