V is for Volupté 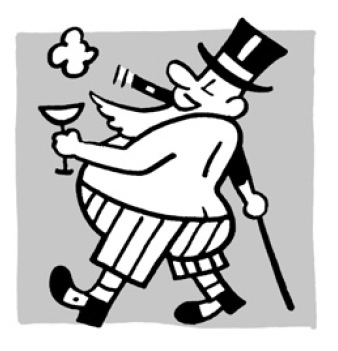 Aldous Huxley, noting with approval that the French are neither concerned with trying to find a metaphysical justification for the raptures of physical passion, nor propagandists of sensuality, suggests that there is no English equivalent for volupté [from the Latin for “pleasure.”] If “voluptuousness,” meaning “full of pleasure to the senses,” carried the connotation of detached (but not blasé) enjoyment, we’d be close: The Epicurean seeks the detached pleasure known as volupté; the sybarite, voluptuousness.

NB: Volupté is impossible to illustrate. The illustration shown here is taken from the gloss on VOLUPTUARY; the gent pictured in it is practicing voluptuousness, not volupté.