C is for Corporation 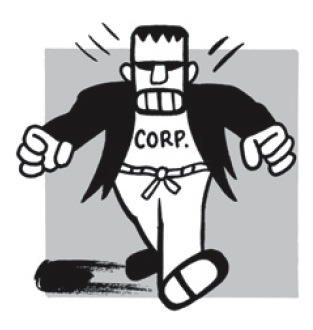 A legally sanctioned entity, most often used to conduct business, which — though immortal, unless “dissolved” — has its own status and rights like a natural person. Critics argue that granting personhood to an organization with no personal liability creates a Frankenstein monster: a legal entity without any moral or legal responsibility to encourage restraint, yet with the ability and resources to exploit natural resources, co-opt public policy, and wreak havoc on communities. Legal scholar Joel Bakan has described the modern corporation as a “psychopath.”