B is for Big Rock Candy Mountains 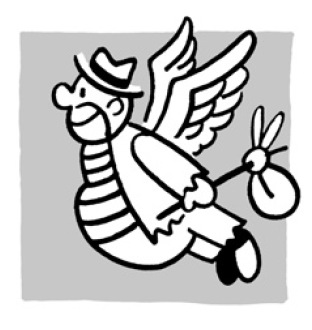 A hobo’s idea of paradise, being an imaginary land “that’s fair and bright,/Where the handouts grow on bushes and you sleep out every night,” and — most importantly — “where they hung the jerk that invented work.” These lyrics are from a turn-of-the-century hobo ballad recorded in 1928 by Harry McClintock and popularized by Dorsey Burnette in the ’60s.