L is for Lazy 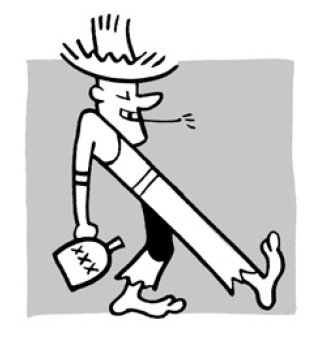 This term [from the German for “slack”] has largely replaced the native English terms “slack” and “idle” as the preferred way to express the concept “averse to labor.” But we must distinguish, with Aristotle, between a deficiency in will and spirit (aergia), on the one hand, and abstention from worldly activities in order that one may be more meditative (skhole), on the other. The former leads to laziness, the latter to idleness. Paul Lafargue’s 1883 tract The Right to Be Lazy urges the working class to demand a three-hour day in the name of skhole, not aergia.