K is for Knock Off Work 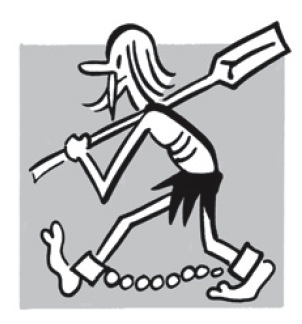 The phrase, which means “quit work for the day,” originated in the days of ships propelled by oarsmen. To keep the oarsmen rowing in unison, a man with the gift of perfect rhythm would beat time on a block of wood; when it was time to rest or change shifts, he’d give a special knock. The meme began to go viral circa 1902.