J is for Jack of All Trades 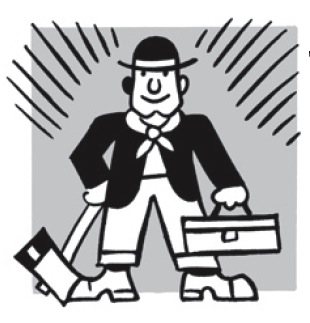 JACK OF ALL TRADES

Well before Fordism, workers resistant to specialization were subjected to concerted propaganda efforts. For example: from the early 17th century until the heyday of industrialization, a jack (informal British term for “trade laborer”) capable of doing many tasks well was highly esteemed. But then, to the jaunty phrase “jack of all trades” was appended the unflattering postscript “and master of none.” Don’t believe the hype. In Terry Gilliam’s dystopian 1985 movie, Brazil, Robert De Niro plays a heroic jack of all trades in a convoluted and inefficient social order overseen by over-specialized bureaucrats: he’s a masterless man.