H is for Hobo 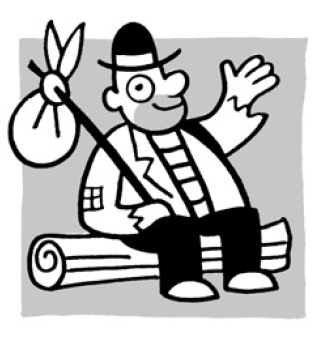 A 19th-century term that originated in the American West, among train-hopping laborers who preferred it to “tramp.” To the well-off, “hoboing it” meant spending the summer on the road, fancy-free. But during the Depression, some two million men and women hoboed out of dire need, forming a nation with a nation with its own currency, signs and symbols, songs, and folklore. Preston Sturges’ great 1941 film Sullivan’s Travels explores the dark side of hobo culture; more recently, John Hodgman’s satirical almanac, The Areas of My Expertise, popularized its lighter side.