S is for Stakhanovite 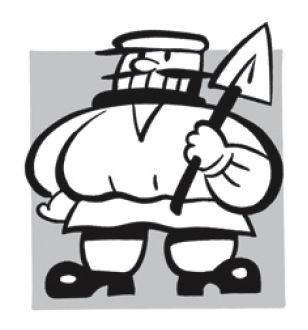 The term derives from the name of Aleksei Grigoievich Stakhanov, a Soviet-era Russian udarnik (superproductive, enthusiastic laborer) who in 1935 supposedly mined 102 tons of coal in less than six hours — fourteen times his quota. A Stakhanovite movement, which looked both to Taylorist efficiencies and worker enthusiasm to increase labor productivity in the USSR, was born that same year; workers whose output exceeded quota were awarded recognition and privileges. In George Orwell’s Animal Farm (1945), the workhorse Boxer is a Stakhanovite type, whose response to every problem is “I will work harder!” PS: After Stalin’s death, it was revealed that Stakhanov hadn’t actually mined all that coal.