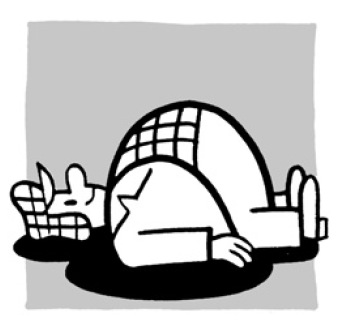 A recently invented slang term meaning fat and lazy. Some of literature’s most entertaining slackers and idlers — from John Kennedy Toole’s Ignatius J. Reilly to Gary Shteyngart’s Misha Vainberg — have been on the heavy side.