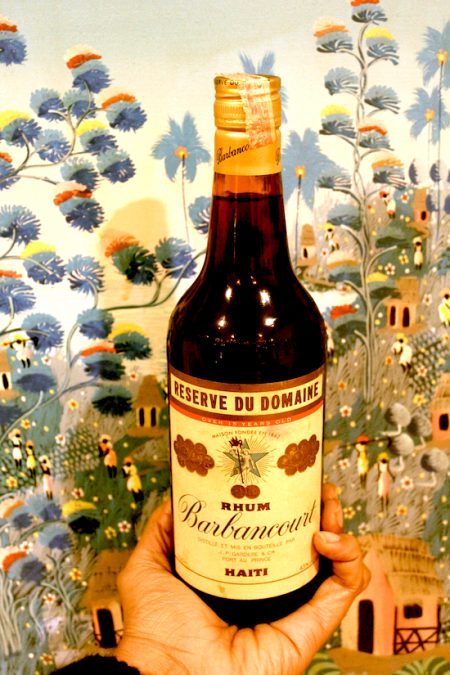 My father was a refugee, or, as he liked to stress, a political exile. He survived Papa Doc’s first decade before having to flee to Port-au-Prince’s Colombian embassy in 1967 and plead for asylum. My mother had already escaped stateside and, when it was time to chart his own exit, the embassy man urged my father not to join her in the U.S., to have her meet him in Bogota instead.

“The Americans won’t appreciate you, “ the embassy man said. “They’ll treat you like shit.”

But my mother was already on site, perhaps already pregnant with me. She had relatives in New York, had gone to a girl’s Catholic high school upstate, her accent was a ghost. She’d had more than one miscarriage in Haiti and wanted white, ideally Jewish, doctors to manage her pregnancies moving forward. Queens it was, then and forever.

I live in California and don’t have many of my parents’ things. Photographs, several Haitian paintings and sculptures my mother collected, some tie clips and cufflinks, the ring my wife wears, a tiny urn with some of my father’s ashes. Chief among the items is a numbered bottle of rum, Barbancourt Réserve du Domaine, fifteen years. As my sister and I understand it, my mother brought it to the U.S. sometime in the 1970s. Hard to get in the States then and now, it’s a thing for connoisseurs and nostalgists, a cognac-like rum for sipping or swearing gunpowder oaths to, and it presents me with a few problems.

For starters, is it as old as I think? My parents liked to socialize so it strikes me as improbable that it survived the near entirety of their American existences undrunk. Not just the holidays, birthdays and New Years, but the moves, a fire, the many trial separations, the actual separation, their deaths. The fact that I’ve yet to consume it myself is a point in the legend’s favor, but that says more about my way of recollecting things than it. To me, my father was a reticent man, the part of his life overlapping mine a truncated affair enlivened only by fondnesses for Haitian friends and for brown liquors, by sudden flights of gallows humor and pride. He was ambivalent about America, and I see his (modest) success here as having more to do with said flights than with any particular drive or embrace. His main aspiration was to get by until he could get home, and if that bottle persisted it was only by dint of being promised to a worthy occasion that never arrived.

Now the bottle’s occasion falls to me and, truthfully, I don’t feel up to it. What moment could be equal to my imaginings of my father’s losses? Under what victory condition of my own might I dare open it? And even worse: with whom? It’s like trying to fix the date of the Rapture, or of the revolution. My wife hides the bottle every party because I’ve asked her not to let me end the story on the wrong note. And late every party, depending on who’s still there, I’ll dig it out and threaten everyone with its judgment. Is tonight the night it finally all changes, people? Or what?

See All Posts by Gary Dauphin

Gary Dauphin was once described in the New York Times as a "hard to categorize" Los Angeles-based writer.