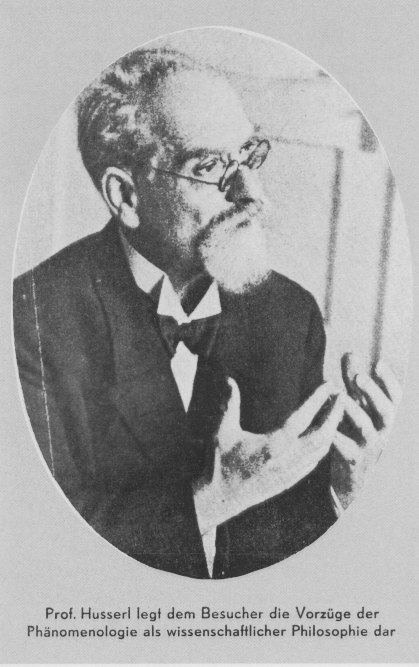 The Austrian philosopher EDMUND HUSSERL (1859-1938) is best known as the father of phenomenology, a school of thought that can claim Heidegger, Sartre, Merleau-Ponty, C. S. Peirce, Derrida and many others as its progeny. Husserl’s life was a patchwork of both incident and investigation that added up to greatness. He started his studies in mathematics but was quickly drawn to the psychological and philosophical studies of Franz Brentano in Vienna. Husserl’s most important early insight concerns the danger of positivism, an abstract approach that governs science to our general danger. Instead, he proposed a “science of ideas” that would make consciousness itself the proper study of consciousness. His break from the Platonic-Cartesian-Kantian orthodoxy concerning perception and mind put him at odds with an entire metaphysical tradition based on a distinction between appearance and reality. The basic Husserlian idea can be conveyed in a slogan: To the appearances themselves! This may not ring as loud as Sous les pavés, la plage! but it is just as revolutionary. Husserl’s epoché, or bracketing, sets aside the natural or taken-for-granted structures of meaning in order to isolate the very act of consciousness. Which is why another Husserlian slogan could be: Stop making sense! With philosophy like this, who needs drugs?

READ MORE about the Plutonian Generation.