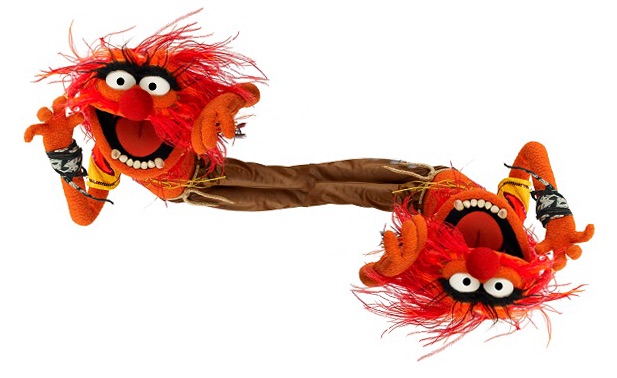 On December 3rd, 1979, 11 people were trampled to death at a Who concert in Cincinnati, Ohio. I was 11 years old. On December 13th, 1979, The Who were scheduled to pass through the DC area, where I was growing up. I remember being just old enough to want very much to go to live concerts. I had lobbied unsuccessfully, to attend, my mother hard-noping out of that conversation before it started.

It was the first tour The Who would embark on without their original drummer, Keith Moon, who had died a year earlier from an overdose of heminevrin, a drug he was taking to treat acute alcohol withdrawal. He was 32 years old. Reportedly, his last words were: “If you don’t like it, you can fuck off!”

In 1975 — a year Moon was touring the US with The Who, cementing his reputation for debauchery, drugs and party antics — a new drummer appeared on the scene. Animal, the drummer for the band Dr. Teeth and the Electric Mayhem, played the pilot episode of The Muppet Show. Animal played ferociously, exploding onto the Muppet scene and the music scene.

Commonly understood to be based on Keith Moon, Animal has similar characteristics. Moon’s drumming style included a penchant for loud cymbal crashes, tom-toms and drum fills. His on-stage antics mirrored his off-stage antics — he frequently smashed his drum kits and destroyed his hotel rooms. He liked driving cars into swimming pools and blowing up toilets. He was an alcoholic. He regularly passed out on stage and off. On the night of his 21st birthday there was a celebration that got so out of hand that a Holiday Inn in Flint Michigan will never be the same. Moon ended the festivities by getting dental work without anesthetic. He was, as they say, a “party animal.”

It’s possible that creating Animal was one of the more cynical impulses of Michael K. Frith, creative consultant for the Muppet Show: to base a lovable children’s puppet on a self destructive rock star! Frank Oz (who performed Animal, while Ronnie Verrell played the drums for him) has said Animal’s character can be explained in five words: sex, sleep, food, drums, and pain. While you never see Animal snorting a line of cocaine, shooting up, or passing out drunk, the behavior is always implied as happening just out of frame, just before or after what the kids are watching.

Animal was “an animal on the drums!”

But what kind of animal is Animal?

Wild haired, with a mouth full of teeth, he has a limited vocabulary punctuated by gutterall wails in the family of Chewbacca-sounds, and a maniacal laugh. When he does talk, it is usually to yell “Woooooman!” or, “I want to eat drums!” He wears a dog collar and is chained to his drum set, but he doesn’t really seem like a dog, although in addition to chasing women, he does also chase cars, and dog-training commands are used in the Muppet dialogue addressing him: “Sit!”

His species on Wikipedia is listed as: Monster Muppet. His nationality is listed as: American. He meets most of the dictionary criteria, being of “well defined shape” and having a “particular interest and aptitude” for his instrument.

1: any member of the kingdom Animalia, comprising multicellular organisms that have a well-defined shape and usually limited growth, can move voluntarily, actively acquire food and digest it internally, and have sensory and nervous systems that allow them to respond rapidly to stimuli: some classification schemes also include protozoa and certain other single-celled eukaryotes that have motility and animal-like nutritional modes.
2A: one of the lower animals (see lower entry 3 sense 3) as distinguished from human beings; B: MAMMAL Broadly: vertebrate.
3: a human being considered chiefly as physical or non-rational. Also: this nature.
4: a person with a particular interest or aptitude.

I asked musician-friends J Robbins [Government Issue, Jawbox, Burning Airlines] and Janet Morgan [Channels] — one American, one British — to weigh in on Animal.

J ROBBINS: He’s like a cultural touchstone, you know? For rock drummers Animal is a cultural touchstone. He is a simpler player than Keith Moon, he’s not as busy, I think it’s hard to do puppetry with all the fills, but he’s a rock and roll wild-man drummer — he’s like the essence of that. I know a lot of rock drummers, and everyone will sooner or later make a reference to Animal. He is an instantly recognizable reference point in a recording session.

JANET: He was definitely the best Muppet. He was credible. I don’t know what else to say. I was never a particular fan of the Muppets myself, but then I understand that you Americans were raised by the Muppets, weren’t you?

And she’s right, we were. There’s the answer. What kind of animal is Animal?

He’s the spirit animal for an entire generation.

People try to put us d-down (talkin’ ’bout my generation)

Just because we get around (talkin’ ’bout my generation)

This is my generation.