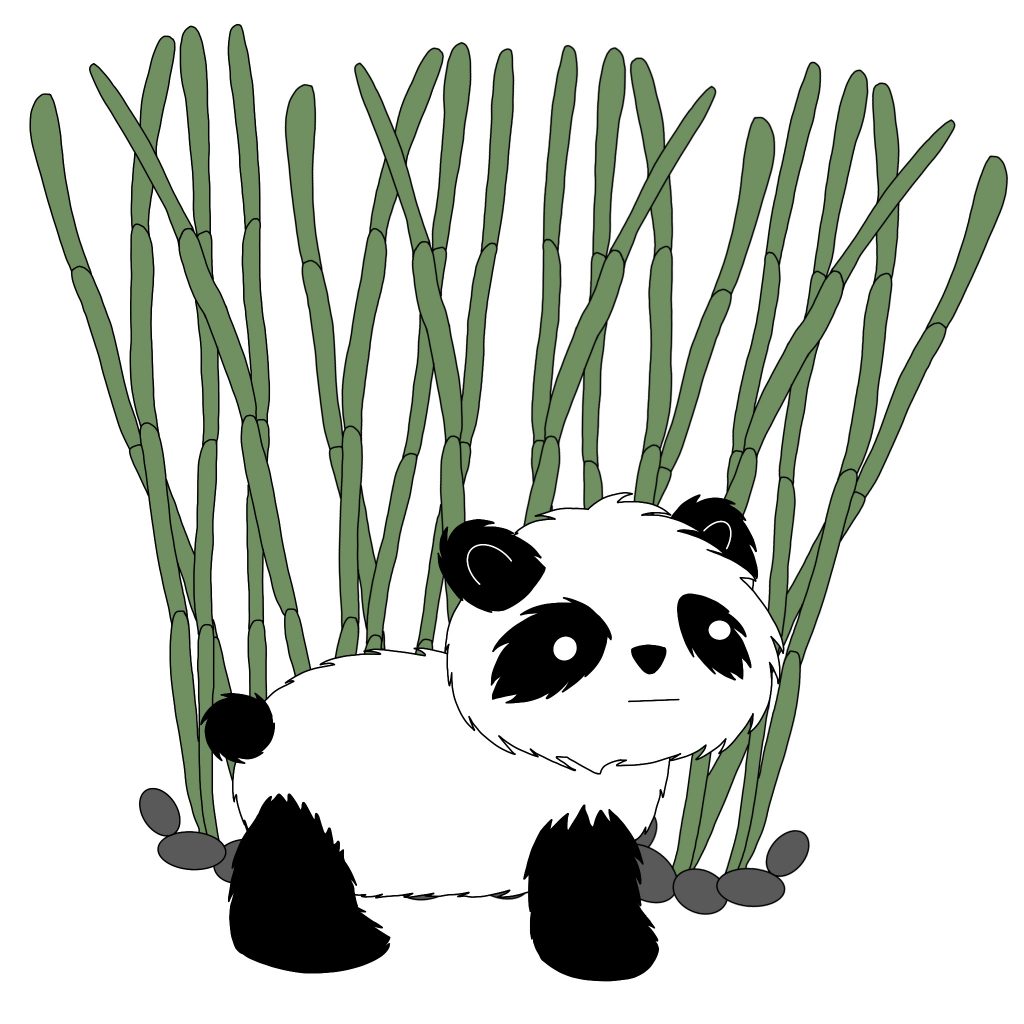 A few million years ago, panda bears were avid carnivores, eating, it is believed, a varied diet similar to omnivorous relatives like black bears or raccoons. Back then, pandas occupied a much wider geographical range than they did in the 20th and 21st centuries, and the species had significantly higher genetic diversity. Around four million years ago the ancestors of the giant panda lost the ability to taste umami (associated with the savory flavors of meat) and, as a result, drifted to an entirely vegetarian diet. Around five thousand years ago, their diet became composed entirely of bamboo, though the gastrointestinal system of the panda remained — and remains — that of a carnivore. This, at least, was the story that was handed out for a few decades. More recently, it has become clear that the situation was somewhat more complicated.

(quietly, away from the microphone) It’s nothing, quit moving around so much.

In the late 20th century, panda bears were saved from extinction through a heroic effort by humans. They had become a cause célèbre, representative of humanity’s newfound, if fleeting, interest in not leaving the earth a denuded, lifeless, mass. They were cute, a bridge between east and west, and made for really nice postcards. After their population stabilized, some people wondered if such an effort to save a creature that was, yes, cute, but mostly hopeless and probably headed for extinction with or without human intervention, was a good use of scarce resources. In general, humanity agreed that while there was a great deal of truth in these arguments, the people making them were mostly assholes and the focus that pandas brought to endangered species in general was well worth the effort.

(away from microphone again) We’ll probably want slides or a different graphic for this part eventually.

In the mid 2020s, the Chinese government began a broad program to expand the genetic diversity of the panda back to where it had been thousands of years ago. This ambitious program made great strides and, it should be pointed out that while saving the panda had been an enormous success, it hadn’t exactly proliferated. Because of the limitations of their diet — bamboo die offs necessitated moving populations to new forests, often by, incongruously to observers, making trails of pork chops — and the fact that they struggle with sex (the males have small penises and the males and females only spend a few days together before losing interest in the process), the populations never really took off and still numbered under two thousand. Despite humanity’s flagging interest in conservation and bemused shrug at combating climate change, the panda bear was still agreed to be a priority.

(low whistle apparently away from the microphone, muffled noises, low exclamations) hey, just check out the rear windows and then come back.

Naturally, jokes were made about Jurassic Panda Park and whatnot, but in reality, the genetic material that was being introduced via in-vitro fertilization was legitimate panda DNA from the relatively — last 5 million years — in evolutionary terms, the recent past. Over the first several years of the new in-vitro breeding program, everything seemed to be working great. Anecdotal reports of pandas observed eating birds and small rodents started to proliferate, but it was assumed to be confirmation bias — ordinary pandas will eat small birds, lizards, fish and rodents occasionally, so it was thought to be a change in observation rather than reality. 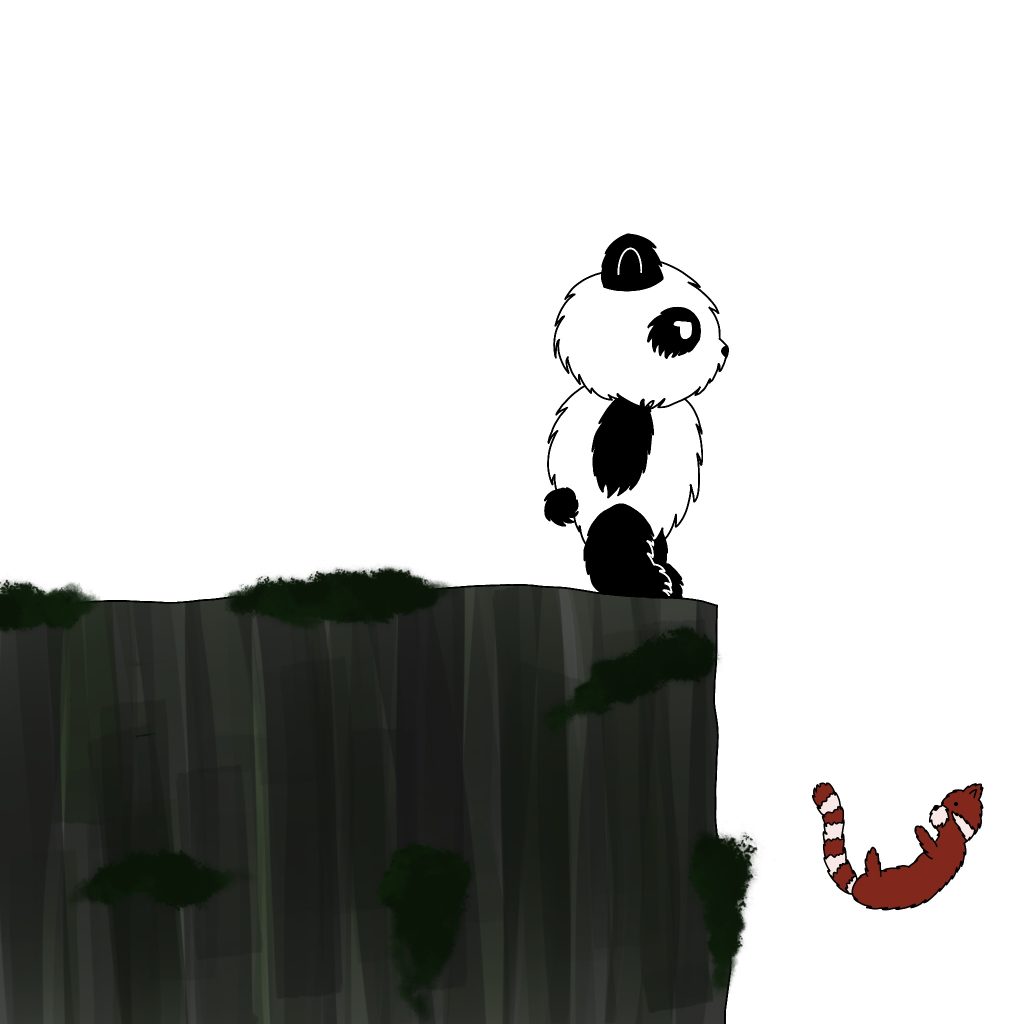 As the reports spread and after a few tourist groups went missing, it became apparent that some misapprehensions may have been made.

(breaking glass, a couple thumps and curses are heard) Jesus, man, they aren’t coming after us in here unless you direct them in here with your (inarticulate low shouts and bangs). We’ll finish up and get to the truck, just remember the camera in case they do show up.

It took a few years to piece everything together, but the best guess is that the umami-tasting branch of the panda was not just able to taste umami but was an enthusiastic seeker out of umami rich foods. The diversity of their diet exploded as did their range — no longer confined to a few bamboo forests in Central China but ranging all over from the South China Sea to near Xinjang. Over one 6 month period in 2032, they raided an anchovy factory south of Nanning, a large mushroom operation in Sichuan, a tomato canning facility southeast of Xinjang as well as carrying out attacks on 100s of cows and at least 11 tourists. The method of these panda attacks is still a matter of some considerable speculation. While it is easy to imagine people being taken unawares by a violent panda bear, even the much invigorated umami panda bears aren’t really fearsome predators element of surprise or not. However, they do weigh upwards of 100kg and some simulations have suggested rolling attacks using their bulk and momentum to stun their prey, giving them more time to deploy their weak jaws and dull claws. Others have suggested they knock their victims off cliffs and use gravity to finish them off. Most attacks on humans and cattle have taken place in mountainous regions and the bulk of their other prey is significantly smaller, so pandas as disescarpment predators seems a worthy hypothesis. Naturally, some have suggested that the panda bears have utilized their false thumb (an enlarged wrist bone) evolved for gripping bamboo to grip bamboo and beat people to death with it, but there is no evidence that this is the case.

I shouldn’t be puncturing the objectivity that I’ve tried to evoke here, and we’ll surely take this out in post, but Jerry is telling me that he “might have” allowed the burlap sack full of pork chops that we had been using as bait to drag out the side of the Jeep all the way to the blind that we are holed up in here. So it’s possible we have less time than I’d assumed. But, like I said, they are poorly constructed as predators and while I’m a little less comfortable than I was a few moments ago, I’m sure it’s fine.

In fact, there is little evidence from genetic studies or the fossil record to suggest that pandas were ever significantly more capable predators than they are now. Though some would argue that their apparent capability as predators and their actual capability may be radically different, given the amount of trouble that these bears are causing currently. Humans themselves, after all, don’t exactly profile as terrifying hunters.

Very recently, long after the re-breeding program was completed, further scrutiny of DNA evidence at ancient hunt sites has begun to suggest that humans did not so much stop eating pandas when they began to eat bamboo as they hunted the non-bamboo eating panda bears into extinction. It’s still not quite clear why they did this — or even if it happened once or repeatedly over centuries as the sub-species rebounded — but the intentional obliteration of the aggressive umami-loving branch of the panda family is an idea that has rapidly gained momentum in both the scientific community and the popular imagination. The idea that this creature at the very center of the conservation movement — and, really, the notion of endangered species itself — was intentionally hunted into extinction by prehistoric humans has been extremely confusing to a great many people.

(low rumbles, a crash and a different voice, presumably Jerry, yells) Fuck this, I will see you in the truck, Bob. (Crashes punctuated by barks and weird croaks continue for a couple minutes until audio cuts off) 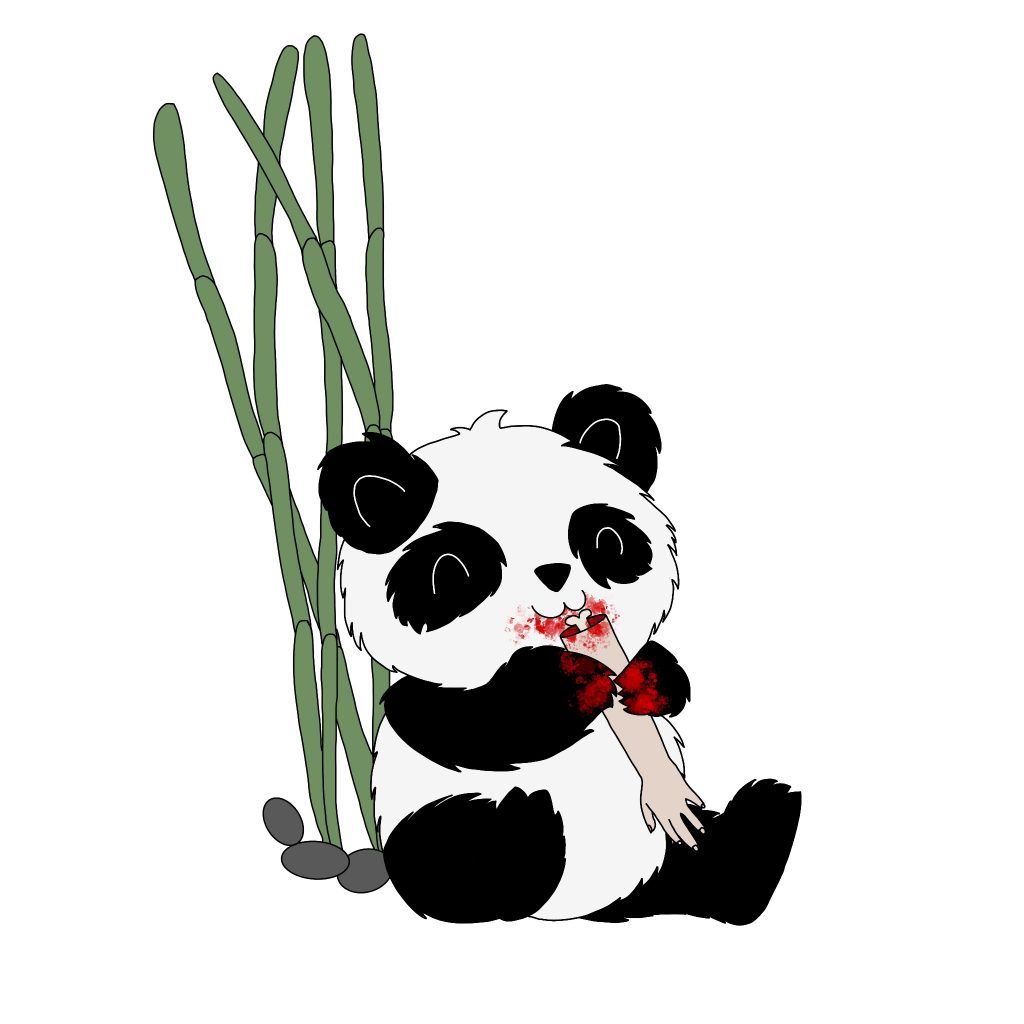