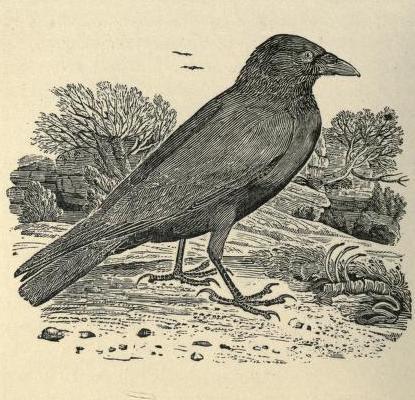 An archeological dig on my land offers a glimpse of who lived here before me. Burrow a few feet down and unearth beer cans peppered with bullet holes, a cracked white plastic lamb, Mossberg rifle, TV antenna towers. 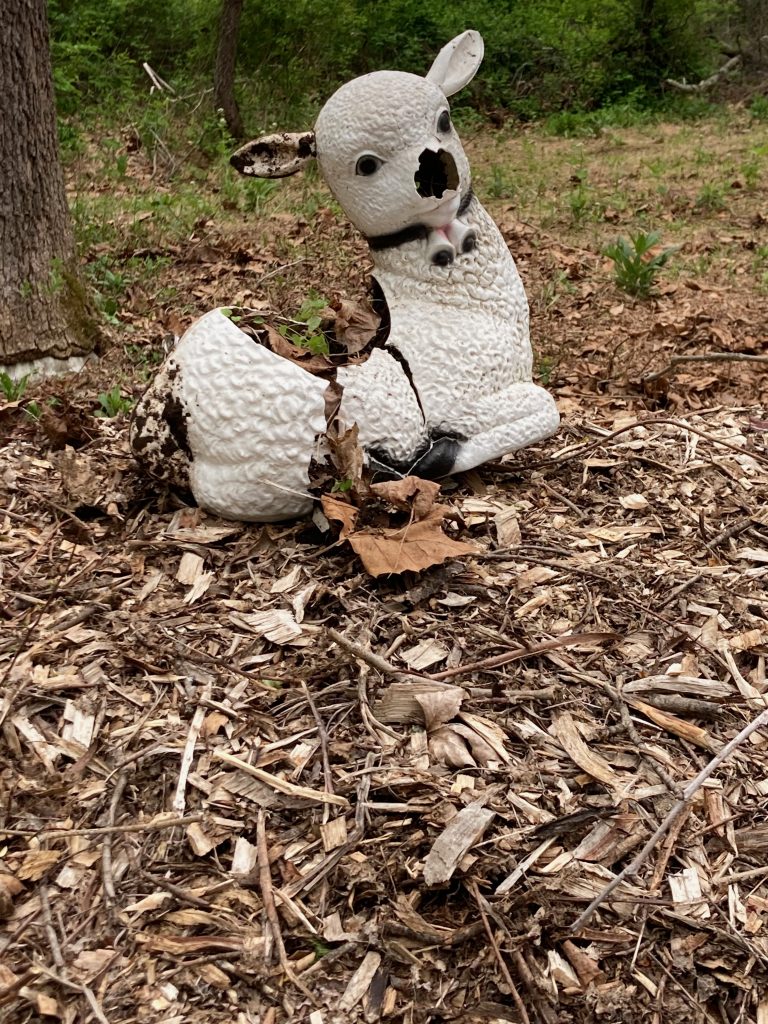 I bolt a tractor seat atop an exhumed 10-foot rusted tower, and plant it in the yard. I climb up and bait the top with rotten meat, hoping to lure hawks, falcons, exotic raptors.

Instead, come the crows.

Crows seem busy. I’d like them to pause, chat, play with me, communicate. They are off foraging or mating or whatever it is they do. They seem indifferent to my yearning to befriend them. I imagine they recognize me, or at least my silhouette, as benevolent. They mostly give me the side-eye. Birds are coy like that. When they glance away, it is really the better to see you. Birds are forever giving us the side-eye. They keep one of their two vigilant eyes on us unpredictable humans. I would never hurt a bird, but they don’t know that.

Sometimes I climb the raptor tower and sit in the tractor seat. One spring I can’t; a grey mourning dove has taken over the seat with a nest. How do I warn her that it is likely a hawk will snatch her? The hatchlings are born, and gone by end of day. 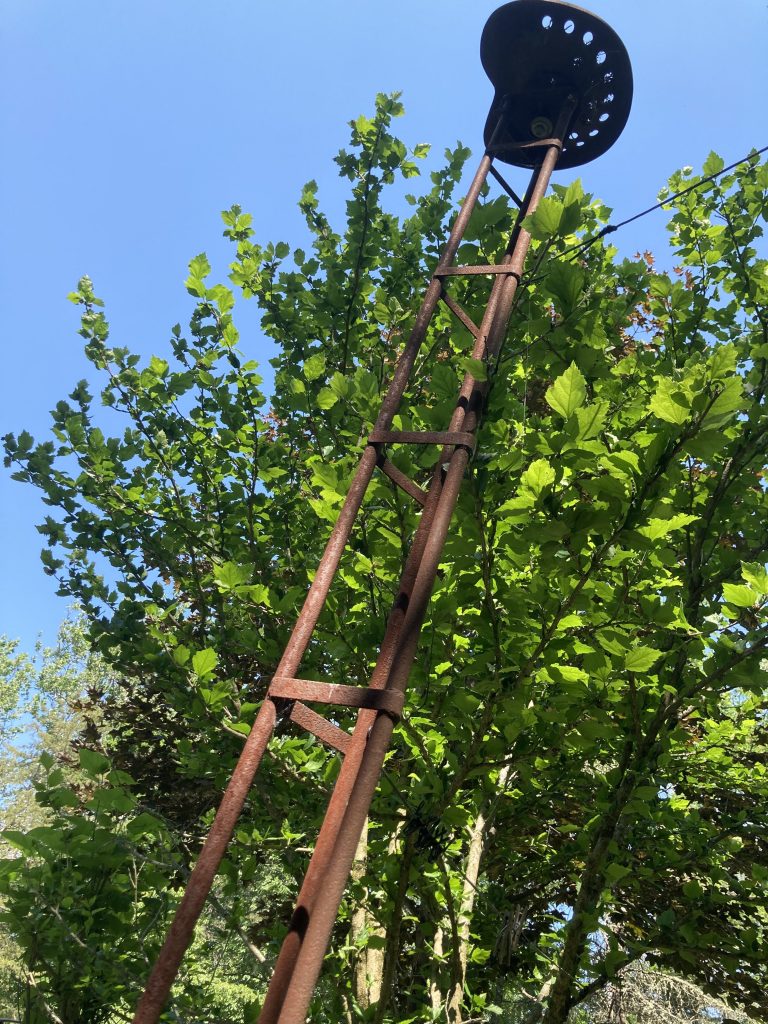 I live on a creek. One day I notice a foreboding of crows gathering high in the trees on both sides of the water. Crows straggle in, as if fans to a football stadium. A keen of crows. An anticipation of crows. They fill the trees and wait.

Crows have a bad rap in human literature. They, along with ravens, are portents of a coming darkness. An assembly of crows is known as a murder of crows. Why? Raptors kill, crows merely scavenge. To me, what gathers is a ruckus of crows. A shindig, a wing-ding, a jamboree. The Birds, a Hitchcock film I watched too young, embodies human trepidation of birds. Is this mobilization of crows filling the amphitheater perches of tree limbs a menace? Or a blessed visitation?

The games begin. One crow at a time, they swoop up and down the river. Then a pair flies, from opposite ends of the river, dive bombing directly at each other — veering off at the last second before collision. Were the crows playing chicken? Daredevil kids will gun cars at each other, the chicken being whoever yanks the wheel to safety first. I felt blessed by this spectacle of crows playing chicken, or whatever it was. Is calling a crow a chicken an insult?

I run inside, grab a loaf of bread, and toss white bread hunks high over the river as a way of clapping thanks. The crows pause, give me the side-eye, and in a unison of cackles, fly off. Am I buzzkill? I anthropomorphize the moment. They were laughing at my ridiculous offering. But birds don’t laugh, do they?

I spend too much time thinking about what animals think of me. Are we annoyances? Flitting shapes to be cautious of but mostly ignore? Gnats that buzz their periphery? Floaters in an aging eye? It’s futile, the unknowing. I am filled with yearning, a longing to know what I can’t ever know. When a farmer feeds his pigs every day, do they love the farmer or just recognize the farmer’s hands as a food-delivery device? What does a pig anticipate on the day they are led to slaughter? When a human dies alone, will their beloved dog eat them rather than starve?

Crows entertain me daily. Do I entertain them? I plant things. Make fires. Bury compost. Swim. Sit and write. Sweep the porch. Fill the bird feeder. Do they wonder at how repetitive and boring my life seems? Do I appear caged in my own yard?

One day I met the King of crows, the OG, the gold crown of the corvid patriarch. I met Tata. A friend invited me along to a feeding at a bird sanctuary. We microwaved mice for a wall-eyed owl and other raptors. We fed a tattered, ancient blind crow Tata. His once-iridescent black feathers now in a threadbare salt and pepper fade. Tata was born in a cemetery in 1947, rescued to a life of flightless captivity. Tata possesses a dilapidated elegance. Fog glazes his cataracted eyes. Tata seems alert, feisty even, as he totters about, cawing back and forth with the outdoor crows, or to whoever will listen. What was said between the imprisoned, domesticated crow and the free feral crows outside? Who mocked who?

A few years later, Tata died, at age 59, and ascended to legend as the oldest known crow. Is there wisdom to be had from a lifetime in a cage? 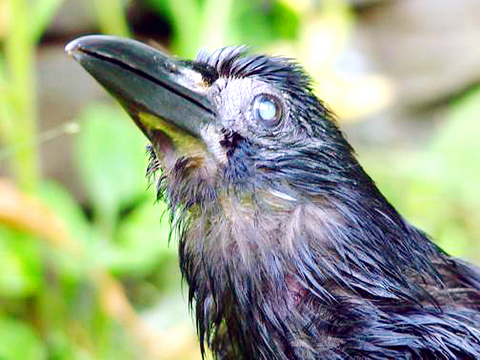