Wanda is a quintessentially American film… which I first saw in a movie theater in France. Written, directed by, and starring Barbara Loden, Wanda was not embraced by American audiences when it was released in 1970. I was jetlagged, lost, and hungry when I happened upon the theater where Wanda was screening. Watching America from afar made the experience that much more focused.

The film follows Wanda Goranski on an unrelenting path of despair. After having lost custody of her children during her divorce, flailing and unemployed, Wanda finds herself in one bad situation after another. She meets a man, Norman Dennis (Michael Higgins), who turns out to be a bank robber on the run. She joins him in his flight from the law, eventually becoming his accomplice. During a bank robbery he has planned, Norman is shot and killed — while Wanda quietly flees, unnoticed.

Further encounters with men prove even worse. While hitchhiking, Wanda narrowly escapes being raped. The film ends with Wanda again drinking at a bar. Loden refuses to indulge in false hope for her character: There is no romanticizing of the depressed American landscape, the working class, crime, love, alcohol, or anything.

“I really hate slick pictures,” Loden told an interviewer. “I don’t mean just in the look. I mean in the rhythm, in the cutting, the music — everything. The slicker the technique is, the slicker the content becomes, until everything turns to Formica, including the people.” 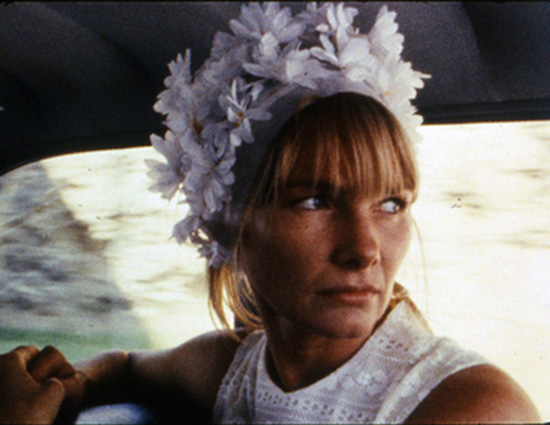 The documentary feel of the film (it was shot in 16mm, by Nicolas Proferes), along with Loden’s statement that the story was in part drawn from memories of her own unhappy childhood in Marion, North Carolina, make it that much more wrenching to watch.

Loden’s career in film began as an actor. She was cast in a number of films directed by Elia Kazan. She married Kazan — a man with his own difficult reputation, who belittled and dismissed Loden and attempted to claim credit for her writing.

Loden’s understanding of the craft of acting was essential to her directorial process. She and Higgins were the only two professional actors on screen. The story was heavily improvised, and the entire movie was shot on less than 20 hours of film — putting enormous weight on herself and Higgins to deliver believable performances.

Loden has described Wanda as a woman who doesn’t know what she wants, “but she knows what she doesn’t want.” Maybe it is this sentiment that I most relate to, the restless aimless search for something unknown.

Barbara Loden died of cancer at the age of 48. Wanda was her only feature-length film.