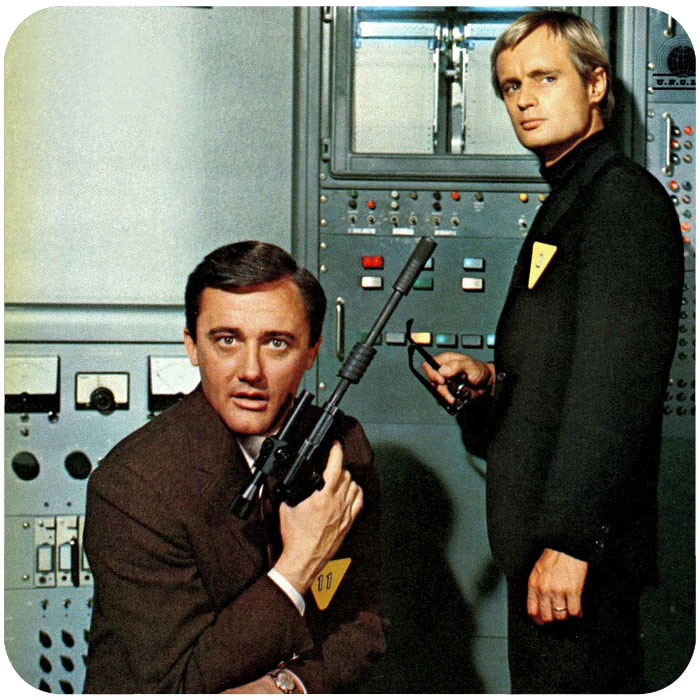 Any comment on this show must start by agreeing that Napoleon Solo is an excellent name for a secret-agent man. He is self-reliant but dominating, an emperor of espionage. And then there is the unforgettable face of Robert Vaughn — chiselled, handsome, angular, the ideal embodiment of a character with moody eyes who didn’t look ridiculous holding a Luger with a very long silencer on its muzzle. Pair that with a PhD-holding Illya Kuryakin, his Russian counterpart played by Scottish actor David McCallum, and you had, between 1964 and 1968, over a hundred episodes of reliably entertaining Cold War TV.

Sources tell us that U.N.C.L.E. stood for United Network Command for Law and Enforcement, but the avuncular agency was unofficially linked by viewers with either Uncle Sam or the United Nations. The latter resonance is possibly the coolest cultural reference to that much-maligned body except for those scenes in Hitchcock’s North by Northwest (1959), when Cary Grant flees Wallace Harrison’s superb Modernist structure near the East River after being falsely associated with a knifing.

The idea that this international tandem of agents would battle criminal overlords and super villains is a bit like imagining James Bond as an emissary from The Hague or the World Bank to battle Spectre. The shared détente-driven opponent here was a mastermind world-conquering criminal league known as T.H.R.U.S.H. The acronym supposedly meant Technological Hierarchy for the Removal of Undesirables and the Subjugation of Humanity, which is, let’s face it, hilarious. T.H.R.U.S.H. also apparently enjoyed some sort of arcane connection to Professor Moriarty from Conan Doyle’s Sherlock Holmes stories. Come on, man!

But anyway, who cares? The goofy plots and intricate chase scenes made the whole thing work, as did the chemistry between Vaughn and McCallum, folding their Soviet-American buddy-flick patter into antic gunplay and problem-solving. There was a spin-off paperback book series, comic books, action figures, a short-lived Girl from U.N.C.L.E. program, and a 2015 Guy Ritchie film reboot with Henry Cavill and Armie Hammer (not bad, actually). Vaughn had other good credits, including a role as a suave black-hatted gunslinger in The Magnificent Seven (1960), but he will always be remembered as a dashing man in a neat suit, with a triangular ID badge and a long-barrelled gun.

The logo was, for the record, pretty awesome. I had a badge of it.