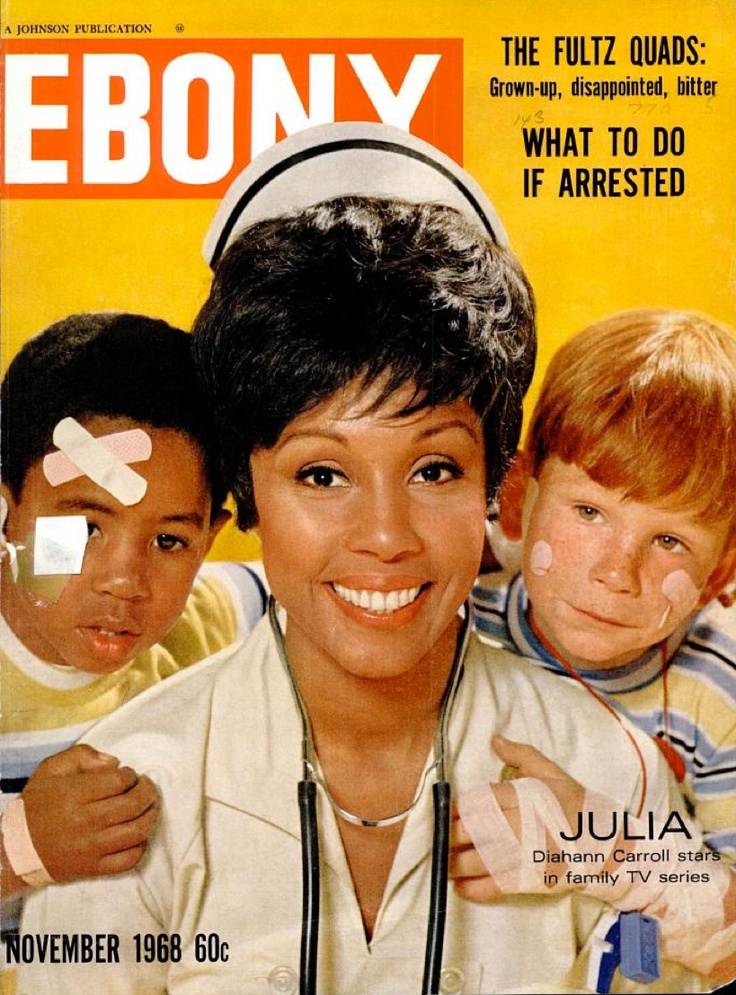 There’s a special limbo for shows that are both unprecedented and inextricably of-their-time. Julia, the first series centered on a non-stereotypical Black woman and a staple of my suburban-liberal upbringing, was a much-discussed milestone which has long been left behind. Even in that era of a single mass-media pipeline, households in two neighborhoods could be watching this sitcom, starring Diahann Carroll as a respected nurse and dignified single mom integrating late-1960s California, and be seeing two vastly different shows. In my apartment, she was a standard-bearer for the fair shake my family already thought we were cheering on; in many Black homes, she was a model minority meeting impossible standards in an idealized world, matching neither what they saw in the mirror nor right outside their windows.

Given that Julia Baker was the first Black woman to come into many White Americans’ living rooms, it’s significant how much her on-screen world tried to keep the real one at bay. Not by ignoring it — Julia regularly has to check some White character on their stereotyping or condescension — but by relentlessly portraying life as it should be, in benign good-humored sitcom terms. Nowhere do you get a sense of the show being policed for controversial perspectives, as was pervasive in a series (over a decade later!) like Love, Sidney, all of whose explicit references to its lead character’s gayness were sanitized to placate religious-right protesters — but the instances of bigotry, historical ignorance and bars to opportunity on Julia well up like repressed memories or glitches in the Matrix.

The contemporaneous criticisms of the show being set in some parallel reality were not misplaced, but that reality is an aspirational, not an accommodationist one: this is a world where Booker T. Washington-esque appeals to reason and leadership-by-example were sufficient to sway Whites from their delusions of superiority, rather than mass resistance both passive and militant. A reality in which, when White cops are called by Julia about a missing kid, show up and immediately start talking to her White neighbor as if she’s in charge, and get firmly but calmly set straight by Julia, it ends with the cops leaving in apologetic embarrassment, instead of with somebody getting asphyxiated.

Which is not to say that the show is quiet in other ways; there’s a strange Vaudevillian sensibility to the humor and outsize staginess to the delivery, as if everyone thinks they’re in an un-mic’d Broadway play and are emoting for the back row. This may be to get through the mouthfuls of drawing-room dialogue (I suspect one of the homes this show was coming into was the young Aaron Sorkin’s), but it also reads like the tense self-consciousness and enforced levity that attended so much of real-life race-relations in the suburb and workplace, then and now. Created and mostly staffed by White writers, and given as much substance as possible by a charismatic but isolated Black star, Julia opened eyes by putting an African-American presence front and center, but teaches a lesson on the perils of representation that is only skin-deep.