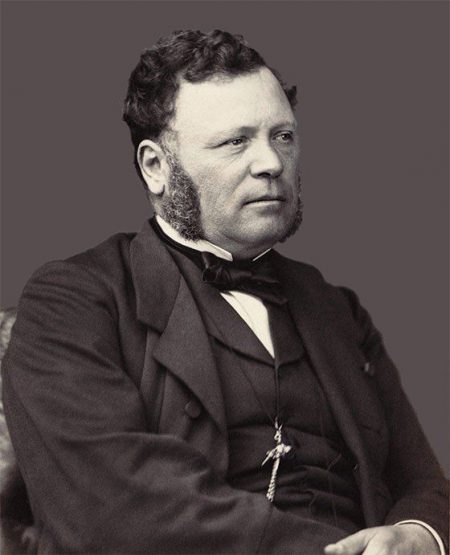 Mulhausen was a financier. A financier is a man who makes money without a trade or profession, and Mulhausen had made a great deal of money, despite this limitation, during his twenty years of business life, which had started humbly enough behind the counter of a pawnbroker’s in the Minories.

His offices were situated in Chancery Lane. They consisted of three rooms: an outer waiting room, a room inhabited by three clerks, that is to say a senior clerk, Mr. Aaronson, and two subordinates, and an inner room where Mulhausen dwelt.

Jones, on giving his name, was shown at once into the inner room where Mulhausen was seated at his desk.

Mulhausen was a man of sixty or so, small, fragile looking, with grey side whiskers and drowsy heavy-lidded eyes.

He nodded to Jones and indicated a chair. Then he finished his work, the reading of a letter, placed it under an agate paper weight, and turned to the newcomer.

“What can I do for you this morning?” asked Mulhausen.

“You can just read this letter,” said Jones.

He handed over Voles’ letter.

Mulhausen put on his glasses, opened the letter, and read it. Then he placed the open letter on top of the one beneath the agate paper weight, tore up the envelope, and threw the two fragments into the waste paper basket behind him.

“Anything more?” asked he.

“Yes,” replied the other, “a lot more. Let us begin at the beginning. You have obtained from me a piece of real estate worth anything up to a million pounds; you paid five thousand for it.”

“You have got to hand me that property back.”

“I beg your pardon,” said Mulhausen. “Do you refer to the Glanafwyn lands?”

“I see. And I have to hand those back to you — anything more?”

“No, that’s all. I received your daughter’s letters back from Voles yesterday — Let’s be plain with one another. Voles has confessed everything. I have his confession under his own handwriting, you are all in a net, the whole gang of you — you, your daughter, your son and Voles. You plucked me like a turkey. You know the whole affair as well as I do, and if I do not receive that property back before five o’clock to-day, I shall go to the nearest police office and swear an information against you.”

“I see,” said Mulhausen, without turning a hair, “you will put us all in prison, will you not? That would be very unpleasant. Very unpleasant indeed.”

He rose, went to some tin boxes situated on a ledge behind him, took out his keys and opened one.

Jones, fancying that he was going to produce the title deeds, felt a little jump at his thyroid cartilage. This was victory without a battle. But Mr. Marcus Mulhausen took no title deeds from the box. He produced a letter case, came back with it to the table, and sat down.

Then holding the letter case before him he looked at Jones over his glasses.

That was the most terrific moment in Jones’ life. Mulhausen from a criminal had suddenly become a judge. He spoke with such absolute conviction, ease, sense of power and scorn, that there could be no manner of doubt he held the winning cards. He opened the letter case and produced a paper.

“Here is the bill of exchange for two hundred and fifty pounds, to which you forged Sir Pleydell Tuffnell’s name,” said Marcus Mulhausen, spreading the paper before him. “That was two years ago. We all know Sir Pleydell and his easy going ways. He is so careless you thought he would never find out; so good, he would never prosecute. But it came into my hands, it is my property, and I have no hesitation in dealing with rogues. Now do you suppose for a moment that if I were moving against you in any unlawful way — which I deny — I would have done so without a protector? Could you find a better protection than this? The punishment for forgery let me remind you, is five years penal servitude at the least.” He looked down at the document with a cold smile, and then he glanced up again at his victim. Jones saw that he was done; done not by Marcus Mulhausen, but by Rochester. He had tripped over a kink in Rochester’s character, just as a man trips over a kink in a carpet. Then rage came to him. The sight of the horrible scoundrel with whiskers, triumphant and gloating, roused the dog in his nature, and all the craft that lay hidden in him.

He heaved a sigh, rose brokenly, and approached the desk, and the creature behind it.

“You are a cleverer man than I am,” said he, “shake hands and call it quits.”

Next moment he had snatched the paper from the fingers that held it, crumpled it, crammed it into his mouth. He rushed to the door and locked it, whilst Mulhausen, screaming like a woman, reached him and clutched him by the shoulders.

They were hammering at the door outside. Mr. Aaronson and the clerks, useless people for breaking-down-door purposes, were assisting their employer with their voices — mainly, the whole block of offices was raised, and boys and telephones were summoning the police.

Meanwhile, Jones was chewing, and the bill was slowly being converted into what the physiologist terms a bolus. It took three minutes before the bolus, properly salivated and raised by the tongue, passed the anterior pillars of the fauces, then the epiglottis shut down, and the bolus slipping over it and seized by the muscles of the esophagus passed to its destined abode.

Jones had swallowed Rochester’s past, or at least a most important part of it. The act accomplished, he sat down as a boa constrictor recoils itself, still gulping. Marcus Mulhausen rushed to the door and opened it. A vast policeman stood before him, behind the policeman crowded Mr. Aaronson and the clerks, and behind these a dozen or two of the block dwellers, eager for gory sights at a distance.

“What’s all this?” said he. “There is nothing wrong, just a little dispute with a gentleman. It is all over — Mr. Aaronson, clear the office. Constable, here is two shillings for your trouble. Good day.”

He shut the door on the disappointed crowd and turned to Jones.

The battle was over.