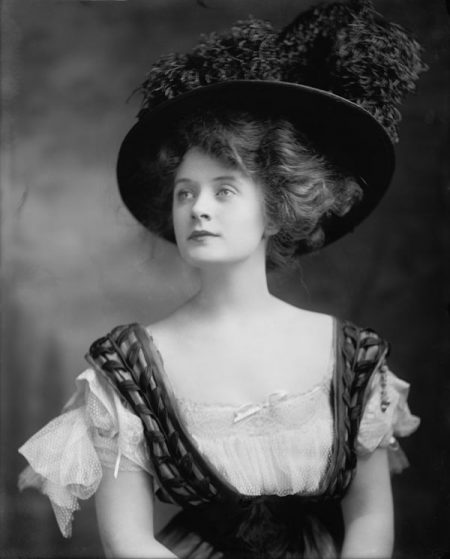 When things are piled one on top of another beyond a certain height, they generally come down with a crash.

That one word “Sunday” was the last straw for Jones, sweeping away breakfast, bank and everything; coming on top of the events of the last twenty-four hours, it brought his mental complacency to ruin, ruin from which shot blazing jets of wrath.

A mesmerised looking taxi-cab, crawling along on the opposite side of the way, fortunately caught his eye.

“I’ll make hay!” cried Jones, as he rushed across the street. He stopped the cab.

“10A, Carlton House Terrace,” he cried to the driver. He got in and shut the door with a bang.

He got out at Carlton House Terrace, ran up the steps of 10A, and rang the bell.

The door was opened by the man who had helped to eject Spicer. He did not seem in the least surprised to see Jones.

“Yes, my Lord,” replied the flunkey.

Jones turned to the breakfast-room. The faint smell of coffee met him at the door as he opened it. There were no servants in the room. Only a woman quietly breakfasting with the Life of St. Thomas à Kempis by her plate.

She half rose from her chair when she saw Jones. He shut the door. The sight of Venetia acted upon him almost as badly as the word “Sunday” had done.

“What are you doing here?” said he. “I know — you and that lot had me tucked away in a lunatic asylum; now you have taken possession of the house.”

Venetia was quite calm.

“Since the house is not yours,” said she, “I fail to see how my presence here affects you. We know the truth. Dr. Simms has arrived at the conclusion that your confession was at least based on truth. That you are what you proclaimed yourself to be, a man named Jones. We thought you were mad, we see now that you are an impostor. Kindly leave this house or I will call for a policeman.”

Jones’ mind lost all its fire. Hatred can cool as well as inflame and he hated Venetia and all her belongings, including her dowager mother and her uncle the duke, with a hatred well based on reason and fact. All his fear of mind disturbance should he go on playing the part of Rochester had vanished, the fires of tribulation had purged them away.

“I don’t know what you are talking about,” said he. “Do you mean that joke I played on you all? I am the Earl of Rochester, this is my house, and I request you to leave it. Don’t speak. I know what you are going to say. You and your family will do this and you will do that. You will do nothing. Even if I were an impostor you would dare to do nothing. Your family washing is far, far too much soiled to expose it in public.

“If I were an impostor, who can say I have not played an honourable game? I have recovered valuable property — did I touch it and take it away? Did I expose to the public an affair that would have caused a scandal? You will do nothing and you know it. You did not even dare to tell the servants here what has happened, for the servant who let me in was not a bit surprised. Now, if you have finished your breakfast, will you kindly leave my house?”

Venetia rose and took up her book.

“Yes, my house. From this day forth, my house. But that is not all. To-morrow I will get lawyers to work and I’ll get apologies as big as houses from the whole lot of you — else I’ll prosecute.” He was getting angry, “prosecute you for doping me.” Recollections of the Barometer man’s advice came to him, “doping me in order to lay your hands on that million of money.”

He went to the bell and rang it.

“We want no scene before the servants,” said Venetia hurriedly.

“Then kindly go,” said Jones, “or you will have a perfect panorama before the servants.”

“Send Church here,” said Jones. He was trembling like a furious dog.

He had got the whole situation in hand. He had told his tale and acted like an honourable man, the fools had disbelieved him and doped him. They had scented the truth but they dared do nothing. Mulhausen and the recovered mine, the Plinlimon letters, Rochester’s past, all these were his bastions, to say nothing of Rochester’s suicide.

They could not arrest him as an impostor till they had proved him an impostor. To prove that, they would have to turn the family history inside out before a gaping public.

“Church,” said Jones, “I played a practical joke on — on my people. I met a man called Jones at the Savoy — well, we needn’t go into details, he was very like me, and I told my people for a joke that I was Jones. The fools thought I was mad. They called in two doctors and drugged me and hauled me off to a place. I got out, and here I am back. What do you think of that?”

“Well, my Lord,” said Church, “if I may say it to you, those practical jokes are dangerous things to play — Lord Langwathby —”

“He came last night, my Lord, to have a personal explanation about a telegram he said you sent him as a practical joke, some time ago, taking him up to Cumberland.”

“I’ll never play another,” said Jones. “Tell them to bring me some breakfast, and look here, Church, I’ve told my sister to leave the house at once. I want no more of her here. See that her luggage is taken down at once.”

“And see here, Church, let no one in. Lord Langwathby, or anyone else. I want a little peace. By the way, have a taxi sent for, and tell me when my sister’s luggage is down.”

In the middle of breakfast, Church came in to say that Miss Birdbrook was departing and Jones came into the hall to verify the fact.

Venetia had brought a crocodile skin travelling bag and a trunk.

These were being conveyed to a taxi.

Not one word did she say to relieve her outraged feelings. The fear of a “scene before the servants” kept her quiet.