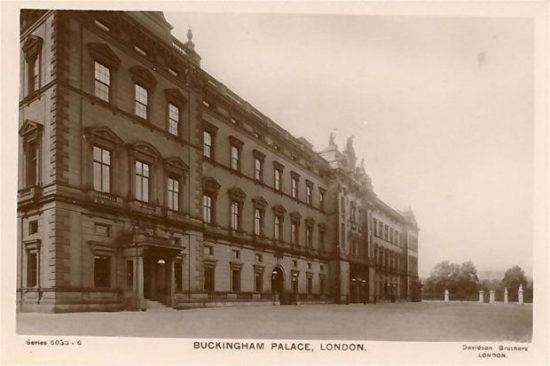 It was a beautiful night, warm and starlit, the waning moon had just begun to rise in the east and as he turned into the green Park a breath of tepid wind, grass-scented and balmy blew in his face.

He walked in the direction of Buckingham Palace.

Where was he to go? He had no ideas, no plans.

The man who refuses to cut a lamb’s throat, even though Duty calls him to the act, has many things to be said for him.

His distracted mind was not dealing with this matter, however. What held him entirely was the thought of her waiting for him and how she would feel when she found he had deserted her. He had acted like a brute and she would hate him accordingly. Not him, but Rochester.

It was the same thing. The old story. Hatred, obloquy, disdain levelled against Rochester affected him as though it were levelled against himself. He could not take refuge in his own personality. Even on the first day of his new life he had found that out at the club. Since then the struggle to maintain his position and the battles he had fought had steadily weakened his mental position as Jones, strengthened his position as Rochester.

The strange psychological fact was becoming plain, though not to him, that the jealousy he ought to have felt on account of this woman’s love for Rochester was not there.

This woman had fascinated him, as women had perhaps never fascinated a man before; she had kissed him, she loved him, and though his reason told him quite plainly that he was Victor Jones and that she loved and had kissed another man, his heart did not resent that fact.

Rochester was dead. It seemed to him that Rochester had never lived.

He left the Park and came along Knightsbridge still thinking of her sitting there waiting for him, his mind straying from that to the kiss, the dinner, the bowl of roses that stood between them — her voice.

Then all at once these considerations vanished, all at once, and like an extinguisher, fell on him that awful sensation of negation.

His mind pulled this way and that between contending forces, became a blank written across with letters of fire forming the question:

The acutest physical suffering could not have been worse than that torture of the over-taxed brain, that feeling that if he did not clutch at himself he would become nothing.

He ran for a few yards — then it passed and he found himself beneath a lamp-post recovering and muttering his own name rapidly to himself like a charm to exorcise evil.

There were not many people to be seen, but a man and woman a few yards away were standing and looking at him. They had evidently stopped and turned to see what he was about and they went on when they saw him observing them.

They must have thought him mad.

The hot shame of the idea was a better stimulant than brandy. He walked on. He was no longer thinking of the woman he had just left. He was thinking of himself.

He had been false to himself.

The greatest possession any man can have in the world is himself. Some men let that priceless property depreciate, some improve it, it is given to few men to tamper with it after the fashion of Jones.

He saw this now, and just as though a pit had opened before him he drew back. He must stop this double life at once and become his own self in reality; failing to do that he would meet madness. He recognised this. No man’s brain could stand what he had been going through for long; had he been left to himself he might have adapted his mind gradually to the perpetual shifting from Jones to Rochester and vice versa. The woman had brought things to a crisis. The horror that had now suddenly fallen on him, the horror of the return of that awful feeling of negation, the horror of losing himself, cast all other considerations from his mind.

He must stop this business at once.

He would go away, return straight to America.

That was easy to be done — but would that save him? Would that free him from this horrible clinging personality that he had so lightly cast around himself?

Nothing is stranger than mind. From the depth of his mind came the whisper, “No.” Intuition told him that were he to go to Timbuctoo, Rochester would cling to him, that he would wake up from sleep fancying himself Rochester and then that feeling would return. What he required was the recognition by other people that he was himself, Jones, that the whole of this business was a deception, a stage play in real life. Their abuse, their threats would not matter. Their blows would be welcome, so he thought. Anything that would hit him back firmly into his real position in the scheme of things and save him from the dread of some day losing himself.

After a while the exercise and night air calmed his mind. He had come to the great decision. A decision immutable now, since it had to do with the very core of his being. He would tell her everything. To-morrow morning he would confess all. Her fascination upon him had loosened its hold, the terror had done that. He no longer loved her. Had he ever loved her? That was an open question, or in other words, a question no man could answer. He only knew now that he did not crave for her regard, only for her recognition of himself as Jones.

She was the door out of the mental trap into which his mind had blundered.

These considerations had carried him far into a region of mean streets and suburban houses. It was long after twelve o’clock and he fell to thinking what he should do with himself for the rest of the night. It was impossible to walk about till morning and he determined to return to Carlton House Terrace, let himself in with his latch key and slip upstairs to his room. If by any chance she had not retired for the night and he chanced to meet her on the stairs or in the hall then the confession must be made forthwith.

It was after two o’clock when he reached the house. He opened the door with his key and closing it softly, crossed the hall and went up the stairs. One of the hall lamps had been left burning, evidently for him: a lamp was burning also, in the corridor. He switched on the electric light in his room and closed the door.

Then he heaved a sigh of relief, undressed and got into bed.

All across the hall, up the stairs, and along the corridor he had been followed by the dread of meeting her and having to enter on that terrible explanation right away.

The craving to tell her all had been supplanted for the moment by the dread of the act.

In the morning it would be different. He would be rested and have more command over himself, so he fancied.