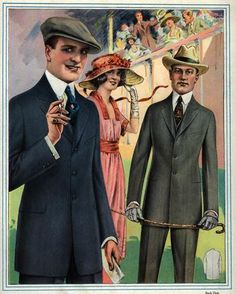 In ill-health or convalescence, or worry or tribulation, the ordinary mind does not turn to Milton or Shakespeare, or even to the sermons of Charles Haddon Spurgeon. There are few classics that will stand the test of a cold in the head, or a fit of depression, or a worrying husband, or a minor tragedy. Here the writer of “light fiction” stands firm.

Jones had never been a great reader, he had read a cheap novel or two, but his browsings in the literary fields had been mainly confined to the uplands where the grass is improving.

Colour, poetry, and construction in fiction were unknown to him, and now — he suddenly found himself on the beach at Trouville.

On the beach at Trouville with Lady Dolly skipping before him in the sea.

He had reached the forced engagement of the beautiful heroine to the wicked Russian Prince, when the door opened and the supper tray entered, followed by Mrs. Henshaw. Left to honour and her own initiative she had produced a huge lobster, followed by cheese, and three little dull looking jam tarts on a willow pattern plate.

When Jones had ruined the lobster and devoured the tarts he went on with the book. The lovely heroine had become for him Teresa, Countess of Rochester, the Opera singer himself, and the Russian Prince Maniloff.

Then the deepening dusk tore him from the book. Work had to be done.

He rang the bell, told Mrs. Henshaw that he was going to the railway station to see after his luggage, took his cap, and went out. Strangely enough he did not feel nervous. The first flurry had passed, and he had adapted himself to the situation, the deepening darkness gave him a sense of security, and the lights of the shops cheered him somehow.

He turned to the left towards the sea.

Fifty yards down the street he came across a Gentlemen’s Outfitters, in whose windows coloured neckties screamed, and fancy shirts raised their discordant voices with Gent’s summer waistcoats and those panama hats, adored in the year of this story by the river and sea-side youth.

Jones, under the hands of Rochester’s valet, and forced by circumstances to use Rochester’s clothes, was one of the best dressed men in London. Left to himself in this matter he was lost. He had no idea of what to wear or what not to wear, no idea of the social damnation that lies in tweed trousers not turned up at the bottom, fancy waistcoats, made evening ties, a bowler worn with a black morning coat, or dog-skin gloves. Heinenberg and Obermann of Philadelphia had dressed him till Stultz unconsciously took the business over. He was barely conscious of the incongruity of his present get-up topped by the tweed shooting cap of Hoover’s, but he was quite conscious of the fact that some alteration in dress was imperative as a means towards escape from Sandbourne-on-Sea.

He entered the shop of Towler and Simpkinson, bought a six and elevenpenny panama, put it on and had the tweed cap done up in a parcel. Then a flannel coat attracted him, a grey flannel tennis coat price fifteen shillings. It fitted him to a charm, save for the almost negligible fact that the sleeves came down nearly to his knuckles. Then he bought a night shirt for three and eleven, and had the whole lot done up in one parcel.

At a chemist’s next door he bought a tooth brush. In the mirror across the counter he caught a glimpse of himself in the panama. It seemed to him that not only had he never looked so well in any other head gear, but that his appearance was completely altered.

Charmed and comforted he left the shop. Next door to the chemist’s and at the street corner was a public house.

Jones felt certain from his knowledge of Hoover that the very last place to come across one of his assistants would be a public house. He entered the public bar, took a seat by the counter and ordered a glass of beer and a packet of cigarettes. The place was rank with the fumes of cheap tobacco and cigarettes and the smell of beer. Hard gas light shewed no adornment, nothing but pitch pine panelling, spittoons, bottles on shelves and an almanac. The barmaid, a long-necked girl with red hands, and cheap rings and a rose in her belt, detached herself from earnest conversation with a youth in a bowler inhabiting the saloon bar, pulled a handle, dumped a glass of beer before Jones and gave him change without word or glance, returning to her conversation with the bowlered youth. She evidently had no eyes at all for people in the public bar. There are grades, even in the tavern.

Close to where Jones had taken his seat was standing a person in broken shoes, an old straw hat, a coat, with parcels evidently in the tail pockets, and trousers frayed at the heels. He had a red unshaven face, and was reading the Evening Courier.

Suddenly he banged the paper with the tips of the fingers of his right hand and cast it on the counter.

“Govinment! Govinment! nice sort of govinment, payin’ each other four hundred a year for followin’ Asquith and robbin’ the landowners to get the money — God lumme.”

He paused to light a filthy clay pipe. He had his eyes on Jones, and evidently considered him, for some occult reason, of the same way of political thinking as himself, and he addressed him in that impersonal way in which one addresses an audience.

“They’ve downed and outed the House o’ Lords, an’ now they’re scraggin’ the Welsh Church, after that they’ll go for the Landed Prepriotor and finish him. And who’s to blame? the Radicals — no, they ain’t to blame, no more than rats for their instincts; we’re to blame, the Conservatives is to blame, we haven’t got a fightin’ man to purtect us. The Radicals has got all the tallant — you look at the fight Bonna Lor’s been makin’ this week. Fight! A blind Tom cat with his head in an old t’marter tin would make a better fight than Bonna Lor’s put up. Look at Churchill, that chap was one of us once, he was born to lead the clarses, an’ now look at him leadin’ the marses, up to his neck in Radical dirt and pretendin’ he likes it. He doesn’t, but he’s a man with an eye in his head and he knows what we are, a boneless lot without organisation. I say it myself, I said it only larst night in this here bar, and I say it again, for two pins I’d chuck my party. I would so. For two pins I’d chuck the country, and leave the whole lot to stew in their own grease.”

He addressed himself to his beer, and Jones, greatly marvelling, lit a cigarette.

“Sh’d think I did,” replied the other. “Born here and bred here, and been watchin’ the place going down for the last twenty years, turnin’ from a decent residential neighbourhood to a collection of schools and lodgin’ houses, losin’ clarse every year. Why the biggest house here is owned by a chap that sells patent food, there’s two socialists on the town council, and the Mayor last year was Hoover, a chap that owns a lunatic ’sylum. One of his loonies got out last March and near did for a child on the Southgate Road before he was collared; and yet they make a Mayor of him.”

“Have another drink?” said Jones.

“Well, here’s luck,” said he, putting his nose into the new glass.

“Escape — why I heard only an hour ago another of them was out. Gawd help him if the town folk catch him at any of his tricks, and Gawd help Hoover. A chap has no right comin’ down and settin’ up a business like that in a place like this full of nursemaids and children. People bring their innercent children down here to play on the sands, and any minit that place may break loose like a bum-shell. That’s not marked down on the prospectices they publish with pictures done in blue and yaller, and lies about the air and water, and the salubriarity of the South Coast.”

“Well, I must be goin’,” said the other, emptying his glass and wiping his mouth on the back of his hand. “Good night to you.”

The upholder of Church and State shuffled out, leaving Jones to his thoughts. Wind of the business had got about the town, and even at that moment no doubt people were carefully locking back doors and looking in out houses.

It was unfortunate that the last man to escape from the Hoover establishment had been violently inclined, that was the one thing needed to stimulate Rumour and make her spread.

Having sat for ten minutes longer and consumed another glass of tepid beer, he took his departure.

Mrs. Henshaw let him in, and having informed her of his journey to the station, the fruitlessness of his quest, and his opinion of the railway company, its servants and its methods, he received his candle and went to bed.