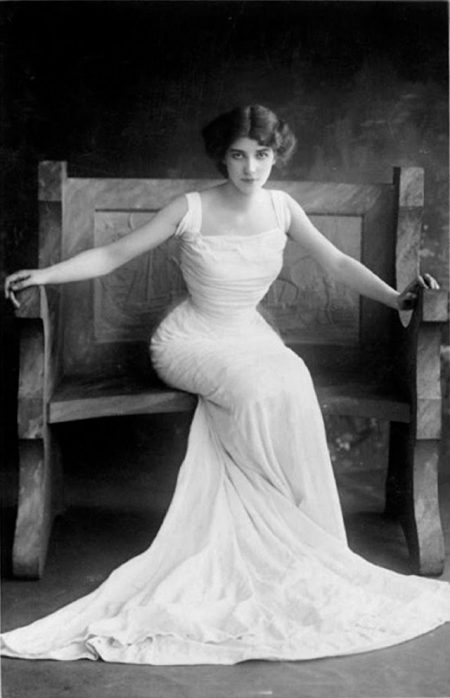 CHAPTER XXXI: HE FINDS HIMSELF

That evening at nine o’clock, Jones sat in the smoking-room, writing. He had trusted Church with an important mission on the upshot of which his whole future depended.

If you will review his story, as he himself was reviewing it now, you will see that, despite a strong will and a mind quick to act, the freedom of his will had always been hampered by circumstance.

Circumstance from the first had determined that he should be a Lord.

I leave it to philosophers to determine what Circumstance is. I can only say that from a fair knowledge of life, Circumstance seems to me more than a fortuitous happening of things. Who does not know the man of integrity and ability, the man destined for the Presidency or the College chair, who remains in an office all his life? Luck is somehow against him. Or the man who, starting in life with everything against him, arrives, not by creeping, but by leaps and bounds.

I do not wish to cast a shade on individual effort; I only say this: If you ever find Circumstance, whose other name is Fortune, feeling for you in order to make you a lord, don’t kick, for when Fortune takes an interest in a man, she is cunning as a woman. She is a woman in fact.

At half past nine, a knock came to the door. It was opened by Church, who ushered in Teresa, Countess of Rochester.

Jones rose from his chair, Church shut the door, and they found themselves alone and face to face.

The girl did not sit down. She stood holding the back of a chair, and looking at the man before her. She looked scared, dazed, like a person suddenly awakened from sleep, in a strange place.

Jones knew at once.

“You have guessed the truth,” said he, “that I am not your husband.”

“I knew it,” she replied, “when you told us in the drawing-room — The others thought you mad. I knew you were speaking the truth.”

“That was why you ran from the room.”

“I have a very great deal more to say; will you not sit down?”

She sat down on the edge of a chair, folded her hands and continued looking at him with that scared, hunted expression.

“I want to say just this,” said Jones. “Right through this business from the very start I have tried to play a straight game. I can guess from your face that you fear me as if I were something horrible. I don’t blame you. I ask you to listen to me.

“Your husband took advantage of two facts: the fact that I am his twin image, as he called it, and the fact that I was temporarily without money and stranded in London. I am not a drunkard, but that night I came under the influence of strong drink. He took advantage of that to send me home as himself. I am going to say a nasty thing; that was not the action of a gentleman.”

“Never,” went on Jones, “would I say things against a man who is dead, yet I am forced to tell you the truth, so that you may see this man as he was — wait.”

He went to the bureau and took out some papers. He handed her one. She read the contents:

“That is your husband’s handwriting?”

“Now think for a moment of his act as regards yourself. He sent me, a stranger, home, never thinking a thought about you.”

Her breath choked back.

“As for me,” went on Jones, “from the very first moment I saw you, I have thought of you and your welfare. I told my story for your sake, so that things might be cleared up, and they put me in an asylum for my pains. I escaped, I am here, and for your sake I am saying all this. Does it give me pleasure to show you your husband’s character? I would sooner cut off my right hand, but that would not help you. You have got to know, else I cannot possibly get out of this. Read these.”

He handed her the Plinlimon letters.

She read them carefully. Whilst she was doing so, he sat down and waited.

“These were written two years ago,” said she in a sad voice, as she folded them together, “a year after we were married.”

It was the tone of her voice that did it — as she handed the letters back to him, she saw that his eyes were filled with tears.

He put them back in the bureau without a word. He felt that he had struck the innocent again and most cruelly.

Then he came back to the chair on which he had been sitting and stood holding its back.

“You see how we are both placed,” said he. “To prove your husband’s death, all my business would have to be raked up. I don’t mind, because I have acted straight, but you would mind. The fact of his suicide, the fact of his sending me home — everything, that would hit you again and again. Yet, look at your position — I do not know what we are to do. If I go away and go back to the States, I leave you before the world as the wife of a man still living who has deserted you, if I stay and go on being the Earl of Rochester, you are tied to a phantom.”

He paced the floor, head down, wrestling with an insoluble problem, whilst she sat looking at him.

“Which is the easiest for you to do?” asked she.

“Oh, me,” said he; “I’m not thinking of myself — back to the States, of course, but that’s out of the question — there are lots of easy things to do, but when my case comes in contact with yours, there’s nothing easy to do. Do you think it was easy for me to go off that night and leave you waiting for me, feeling that you thought me a skunk? No, that was not easy.”

She had been sitting very calm and still up till now, then suddenly she looked down. She burst into tears.

“I care for nothing at all but you,” said he.

She shuddered all over and turned her head away.

“That’s the mischief of it as far as I am concerned,” he went on. “I can’t escape without injuring you and so myself — yet I don’t wonder at your hating me.”

She turned her face to him, it was flushed and wet.

“No,” he said, “I’m selfish. It’s just because I love you that I think of you more than myself, and I love you because you are good and sweet. I could not do you wrong just because of that. If you were another woman, I would not bother about you. I’d be cruel enough, I reckon, and go off and leave you tied up, and get back to the States — but you are you, and that’s my bother. I did not know till now how I was tied to you; yesterday at that asylum place and all last night I did not think of you. My one thought was to get away. I came here to-day, driven by want of money. I was so angry with the whole business, I determined to go on being Rochester — then you came into my mind and I sent Church to ask you to come and see me — much good it has done.”

He looked at her quickly. Her glance fell.

Next moment he was beside her, kneeling and holding her hand.

For a moment, they said not one word. Then he spoke as though answering questions.

“We can get married — Oh, I don’t mind going on being the Earl of Rochester. There were times when I thought I’d go cracked — but now you know the truth, I reckon I can go on pretending. People can have the marriage ceremony performed twice — of course, it would have to be private — I can’t think this is true — I don’t believe you can ever care for me — I don’t know, maybe you will — do you care for me for myself in the least — I reckon I’m half mad, but say — when did you begin to like me for myself — was it only just because you thought I was unselfish — as it —”

“The night you struck —”

“The Russian — but you thought I was him then.”

“Perhaps,” said she, dreamily, “but, I thought it was unlike him — do you understand?”

“I don’t know. I understand nothing but that I have got you to care for always, to worship, to lay myself down for you to trample on.”

“Good-night,” said she at last.

She was standing, preparing to go. “The family know the truth, at least they are sure of the truth, but, as you say, they can do nothing. Imagine their feelings when I tell them what we have agreed on! With me on your side they are absolutely helpless.”

There is, fortunately enough, no law preventing two married people being re-married, privately; the good old lawyers of England considering, no doubt, that a man having gone through the ceremony once would think it enough.

All this that I have been telling you happened some years ago, years marked by some very practical and brilliant speeches in the House of Lords and the death of the Hon. Venetia Birdbrook from liver complaint. It is a queer story, but not queerer than the face of the Dowager Countess of Rochester when she reads in private all the nice complimentary things that the papers have to say about her son.