The previous three posts in this series looked at the Robinsonade sub-genre of Adventure. The next four, including this one, will be concerned with an Adventure sub-genre that I’ve named Argonautica. 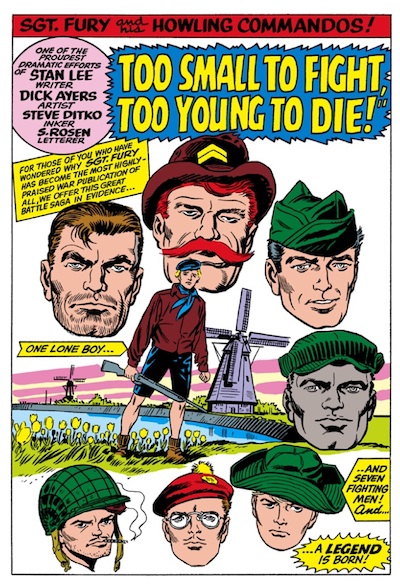 According to Greek legend, once upon a time a prince named Jason was sent by his wicked uncle to parts unknown in order to fetch a magical and closely guarded golden ram’s fleece. Jason commissioned a 50-oared galley, the Argo, and manned it with a quarrelsome but unbeatable crew of supermen, including: mighty Heracles; the bard Orpheus; bronco-busting Castor and his twin brother, the immortal boxer Polydeuces; Zetes and Calaïs, the winged sons of the North Wind; the seer Idmon and the sign-reader Mopsus; fleet-footed Euphemus, eagle-eyed Lynceus, and shape-shifting Periclymenus. From Jason’s crew of Argonauts, I’ve borrowed a moniker that can be applied to almost any adventure yarns that features not a single protagonist but instead a band, a posse, a squad. 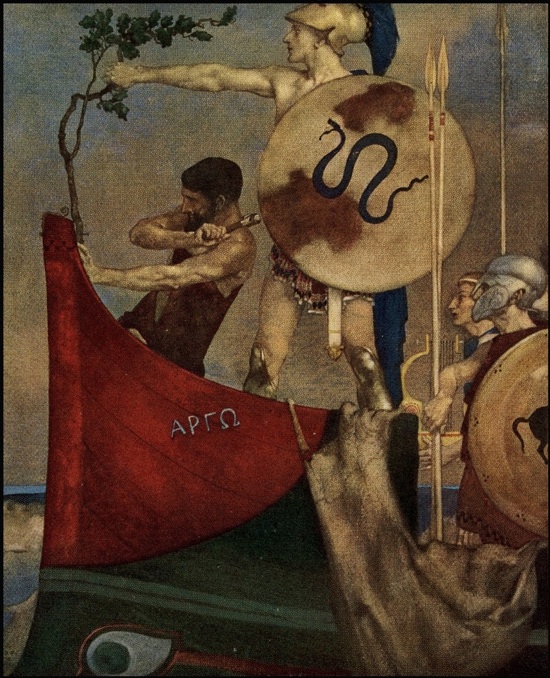 The Argonautica theme I’ll annotate in this post is memorably expressed in a line from Alexandre Dumas’s 1844 serialized adventure The Three Musketeers: “All for one, and one for all.” It’s a Romantic theme, one for which the invisible prison is the state of DISHARMONY. At a symbolic level, all-for-one adventures stress the importance of harmony in relationship, affinity, congeniality, congruity, like-mindedness (but not usually single-mindedness), rapport, unity. A non-totalizing totality; a whole whose heterogenous parts remain distinct. A salmagundi, not a melting pot or crucible. Dumas’s musketeers and their friend d’Artganan represent the dialectical synthesis of France’s various regions; Hal Jordan and his fellow Green Lanterns represent the dialectical synthesis of the galaxy’s various planets.

* In the 19th century, the most influential example of the Argonautica genre was Alexandre Dumas’s The Three Musketeers (first serialized in 1844.) Here we meet the distinguished, highly educated, and melancholic Athos; Aramis, a religious and scholarly, phlegmatic, yet seductive younger Musketeer; the loud, gigantic, choleric dandy Porthos; and their sanguine non-Musketeer companion d’Artagnan. They each represent a different region of France, and the temperament of that region.

* 19th century British YA adventures featuring an English, a Scottish, and an Irish boy. 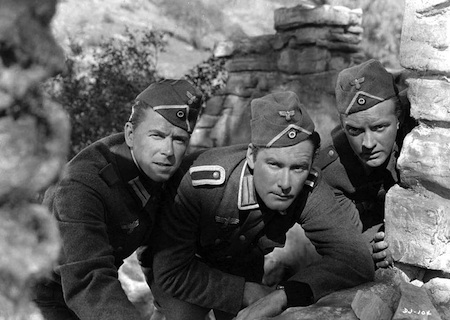 * Teams whose members represent the allied forces in WWII, for example, fit into this sub-sub-genre. The 1942 movie Desperate Journey, in which the surviving crew members of a Royal Air Force bomber — Flight Lt. Terrence Forbes, an Australian (Errol Flynn); Flying Officer Johnny Hammond, an American (Ronald Reagan); and some other guy who was a Canadian —  must traverse Nazi Germany and the occupied Netherlands to get back to England, is one of my favorite examples.

* J.R.R. Tolkien’s 1954 novel The Lord of the Rings. Representatives of the dwarves, elves, humans, hobbits, and whatever Aragorn is band together for a common purpose.

* DC’s The Legion of Super-Heroes, who first appeared in Adventure Comics (April 1958). Each hero from a different planet. 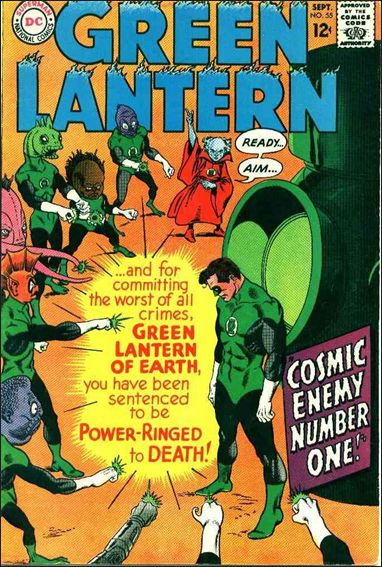 * I’d like to include the 1963 movie The Great Escape — but do the prisoners represent many different nationalities, or are they just English and American? I forget. 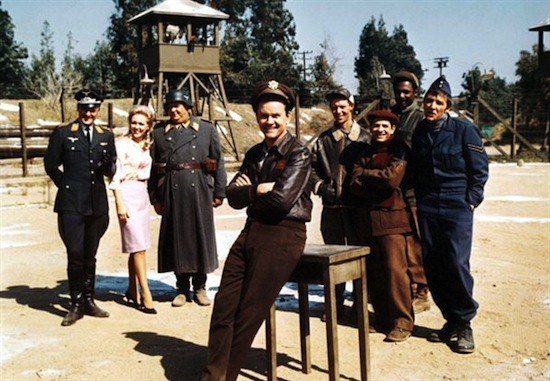 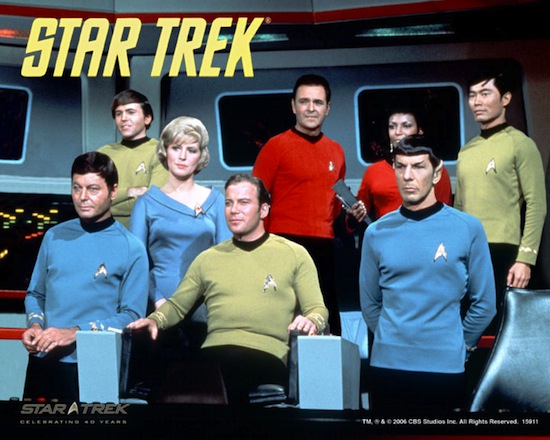 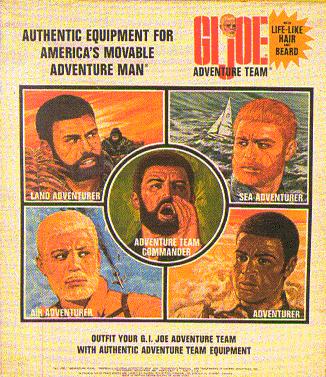 * The 1970–76 GI Joe “Adventure Team” line of action figures. One of each kind of realistic hair. 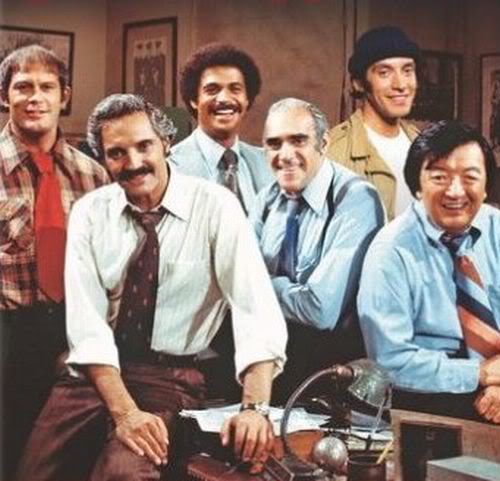 * Not an adventure story, but: The 1975–82 TV show Barney Miller is a sardonic inversion of the all-for-one theme.

* Not an adventure story, but: The Village People, who formed in 1977. One of each kind of village person. 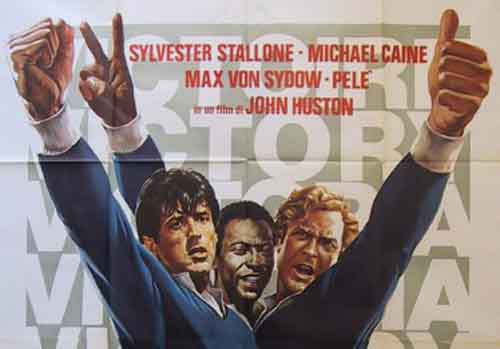 * The 1981 soccer/WWII prison-camp movie Victory is an un-ironic homage to this theme.

* Not an adventure story, but: Culture Club, who formed in 1981. One of each kind of New Romantic.

* Not an adventure story, but: Michael Jackson and Lionel Richie’s 1985 supergroup song/video “We Are the World.” One of each kind of pop star.

* The Mighty Morphin Power Rangers TV show — debuted in 1993. An example of spectrum power — each member of the team represents a different color.

* The Powerpuff Girls animated TV show — official debut in 1998. An example of spectrum power — each member of the team represents a different color. 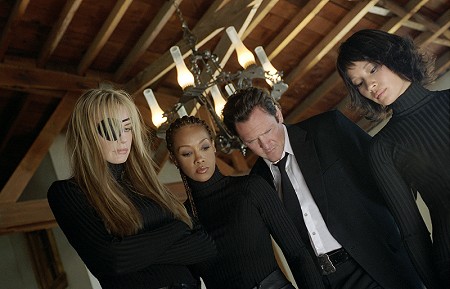 * The Deadly Viper Assassination Squad in Quentin Tarantino’s Kill Bill Vol. 1 (2003) is an ironic homage to this theme. The movie pays tribute to such movie genres as the spaghetti western, blaxploitation, Chinese wuxia, Japanese yakuza films, Japanese samurai cinema, and kung fu movies of the 1960s and 1970s. 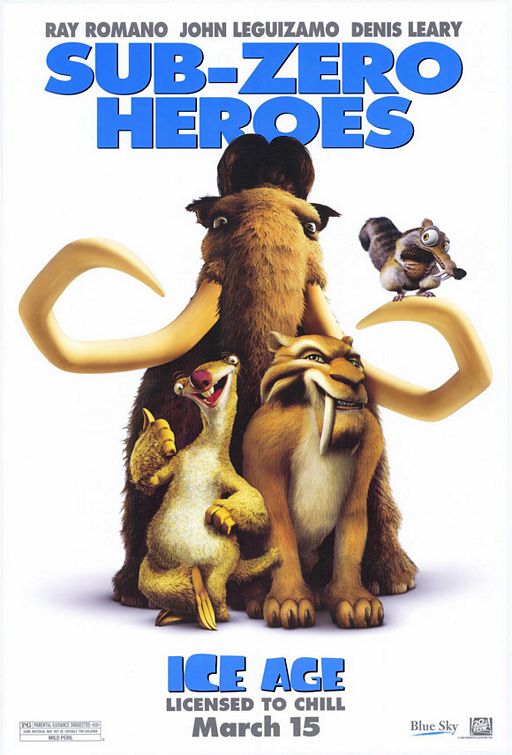 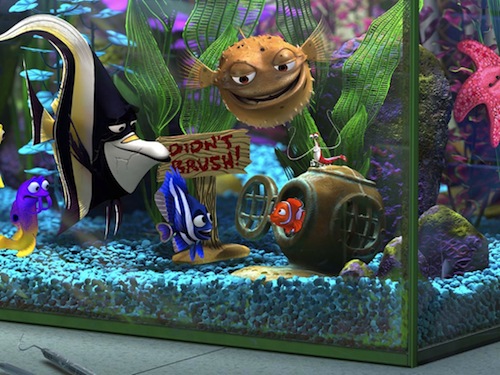 * The 2003 animated movie Finding Nemo — the fish trapped in the fishtank, each a different species. An ironic homage to WWII prison camp movies. 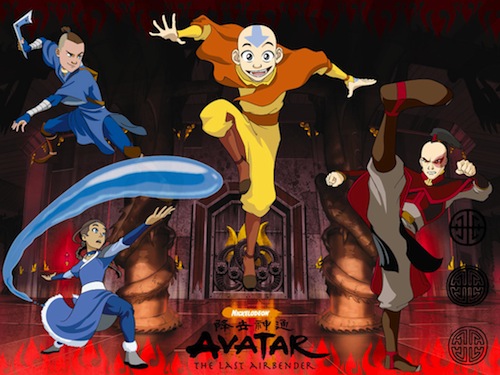 * The 2005-2008 animated TV series Avatar: The Last Airbender. One of each kind of telekinetic “bender.”

* The 2005, 2008, and 2012 animated Madagascar movies. One of each kind of African zoo animal. Note that the series begins with a WWII POW-type prison break.