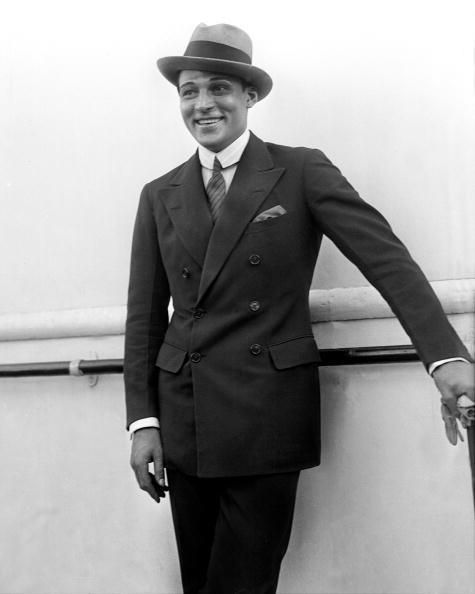 “Your putting. You told me you had so much trouble with it.”

“Well, you told me yourself it’s the most important part of golf.”

“Golf! Do you think I have time to worry about golf these days?”

“Oh, how splendid, Freddie! Are you really doing some work of some kind? It’s quite time, you know. Think how pleased your father will be!”

“No, no,” said Freddie despairingly. She was not usually so dense as this. He had always looked on her as a dashed clever girl. “I mean me.”

Eve sighed. She had hoped to avert the inevitable.

She was still sorry for him, but she could not help being irritated. It was such a splendid afternoon and she had been feeling so happy, and now he had spoiled everything. It always took her at least half an hour to get over the nervous strain of refusing his proposals.

“I’ve got a frightful temper.”

Eve’s exasperation increased. She always had a curious fear that one of these days, if he went on proposing, she might say yes by mistake. She wished that there was some way known to science of stopping him for once and for all, and in her desperation she thought of a line of argument which she had not yet employed.

“It’s so absurd, Freddie,” she said. “Really, it is. Apart from the fact that I don’t want to marry you, how can you marry anyone? Anyone, I mean, who hasn’t plenty of money.”

“Wouldn’t dream of marrying for money.”

Eve had not expected to be surprised by anything her companion might say, it being her experience that he possessed a vocabulary of about forty-three words and a sum total of ideas that hardly ran into two figures; but this poetic remark took her aback.

Freddie repeated the observation. When it had been flashed on the screen as a spoken subtitle in the six-reel wonder film, Love or Mammon — Beatrice Comely and Brian Fraser — he had approved and made a note of it.

“Oh?” said Eve, and was silent. As Miss Peavey would have put it, it held her for a while. “What I meant,” she went on after a moment, “was that you can’t possibly marry a girl without money unless you’ve some money of your own.”

“I say, dash it!” A strange note of jubilation had come into the wooer’s voice. “I say, is that really all that stands between us? Because —”

“Because, look here, I’m going to have quite a good deal of money at any moment. It’s more or less of a secret, you know; in fact, a pretty deadish secret, so keep it dark; but Uncle Joe is going to give me a couple of thousand quid. He promised me. Two thousand of the crispest. Absolutely!”

“You know — old Keeble. He’s going to give me a couple of thousand quid, and then I’m going to buy a partnership in a bookie’s business and simply coin money. Stands to reason, I mean. You can’t help making your bally fortune. Look at all the mugs who are losing money all the time at the races. It’s the bookies that get the stuff. A pal of mine who was up at Oxford with me is in a bookie’s office and they’re going to let me in if I —”

The momentous nature of his information had caused Eve to deviate now from her policy of keeping her eyes off Freddie when in emotional vein. And if she had desired to check his lecture on finance, she could have chosen no better method than to look at him; for, meeting her gaze, Freddie immediately lost the thread of his discourse and stood yammering. A direct hit from Eve’s eyes always affected him in this way.

“Mr. Keeble is going to give you two thousand pounds!”

A wave of mortification swept over Eve. If there was one thing on which she prided herself it was the belief that she was a loyal friend, a staunch pal; and now for the first time she found herself facing the unpleasant truth that she had been neglecting Phyllis Jackson’s interest in the most abominable way ever since she had come to Blandings. She had definitely promised Phyllis that she would tackle this stepfather of hers and shame him with burning words into yielding up the three thousand pounds which Phyllis needed so desperately for her Lincolnshire farm. And what had she done? Nothing!

Eve was honest to the core, even in her dealings with herself. A less conscientious girl might have argued that she had had no opportunity of a private interview with Mr. Keeble. She scorned to soothe herself with this specious plea. If she had given her mind to it she could have brought about a dozen private interviews, and she knew it. No; she had allowed the pleasant persistence of Psmith to take up her time, and Phyllis and her troubles had been thrust into the background. She confessed, despising herself, that she had hardly given Phyllis a thought.

And all the while this Mr. Keeble had been in a position to scatter largess, thousands of pounds of it, to undeserving people like Freddie. Why, a word from her about Phyllis would have —

The first shock of looking into her eyes had passed and he was now reveling in that occupation.

Freddie’s rapt gaze flickered. Love, he perceived, had nearly caused him to be indiscreet.

“Did you simply go to him and ask him for it?”

“No; he seemed rather pleased.”

Eve found breathing difficult. She was feeling rather like a man who suddenly discovers that the hole in his back yard which he has been passing nonchalantly for months is a gold mine. If the operation of extracting money from Mr. Keeble was not only easy but also agreeable to the victim — She became aware of a sudden imperative need for Freddie’s absence. She wanted to think this thing over.

“Marry me, you know. What I mean to say is, I worship the very ground you walk on and all that sort of rot — I mean, and all that. And now that you realize that I’m going to get this couple of thousand — and the bookie’s business — and what not, I mean to say —”

“Freddie,” said Eve tensely, expressing her harassed nerves in a voice that came hotly through clenched teeth, “go away!”

“I don’t want to marry you, and I’m sick of having to keep on telling you so. Will you please go away and leave me alone?”

She stopped. Her sense of fairness told her that she was working off on her hapless suitor venom which should have been expended on herself.

“I’m sorry, Freddie,” she said, softening; “I didn’t mean to be such a beast as that. I know you’re awfully fond of me, but really, really I can’t marry you. You don’t want to marry a girl who doesn’t love you, do you?”

“Yes, I do,” said Freddie stoutly. “If it’s you, I mean. Love is a tiny seed that coldness can wither, but if tended and nurtured in the fostering warmth of an honest heart —”

“— blossoms into a flower,” concluded Freddie rapidly. “What I mean to say is, love would come after marriage.”

“Well, that’s the way it happened in A Society Mating.”

“Freddie,” said Eve, “I really don’t want to talk any more. Will you be a dear and just go away? I’ve got a lot of thinking to do.”

“Thank you so much.”

And the Honorable Freddie, not ill pleased, for it seemed to him that at long last he detected signs of melting in the party of the second part, swiveled round on his long legs and started for home.