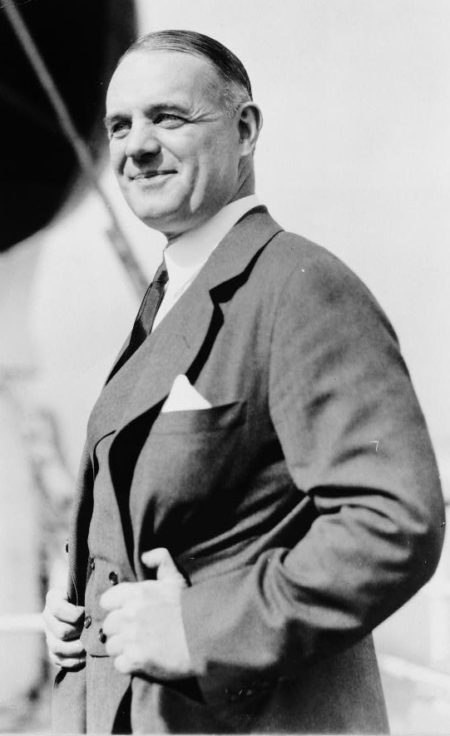 The little town of Market Blandings was a peaceful sight as it slept in the sun. For the first time since Freddie had left her, Eve became conscious of a certain tranquility as she entered the old gray High Street which was the center of the place’s life and thought. Market Blandings had a comforting air of having been exactly the same for centuries. Troubles might vex the generations it housed, but they did not worry that lichened church with its sturdy foursquare tower, or those red-roofed shops, or the age-old inns whose second stories bulged so comfortably out over the pavements. As Eve walked in slow meditation towards the Emsworth Arms, the intensely respectable hostelry which was her objective, archways met her gaze, opening with a picturesque unexpectedness to show heartening glimpses of ancient nooks all cool and green. There was about the High Street of Market Blandings a suggestion of a slumbering cathedral close. Nothing was modern in it except the motion-picture house, and even that called itself an electric theater and was ivy covered and surmounted by stone gables.

On second thoughts, that statement is too sweeping. There was one other modern building in the High Street — Jno. Banks, Hairdresser, to wit — and Eve was just coming abreast of Mr. Banks’ emporium now.

In any ordinary surroundings these premises would have been a tolerably attractive sight, but in Market Blandings they were almost an eyesore; and Eve, finding herself at the door, was jarred out of her reverie as if she heard a false note in a solemn anthem. She was on the point of hurrying past, when the door opened and a short, solid figure came out. And at the sight of this short, solid figure Eve stopped abruptly.

It was with the object of getting his grizzled locks clipped in preparation for the county ball that Joseph Keeble had come to Mr. Banks’ shop as soon as he had finished lunch. As he emerged now into the High Street he was wondering why he had permitted Mr. Banks to finish off the job with a heliotrope-scented hair wash. It seemed to Mr. Keeble that the air was heavy with heliotrope, and it came to him suddenly that heliotrope was a scent which he always found particularly objectionable.

Ordinarily Joseph Keeble was accustomed to show an iron front to hairdressers who tried to inflict lotions upon him; and the reason his vigilance had relaxed under the ministrations of Jno. Banks was that the second post, which arrived at the castle at the luncheon hour, had brought him a plaintive letter from his stepdaughter Phyllis — the second he had had from her since the one which had caused him to tackle his masterful wife in the smoking room. Immediately after the conclusion of his business deal with the Honorable Freddie he had written to Phyllis in a vein of optimism rendered glowing by Freddie’s promises, assuring her that at any moment he would be in a position to send her the three thousand pounds which she required to clinch the purchase of that dream farm in Lincolnshire. To this she had replied with thanks. And after that there had been a lapse of days, and still he had not made good. Phyllis was becoming worried, and said so in six closely written pages.

Mr. Keeble, as he sat in the barber’s chair going over this letter in his mind, had groaned in spirit, while Jno. Banks, with gleaming eyes, did practically what he liked with the heliotrope bottle. Not for the first time since the formation of their partnership, Joseph Keeble was tormented with doubts as to his wisdom in intrusting a commission so delicate as the purloining of his wife’s diamond necklace to one of his nephew Freddie’s known feebleness of intellect. Here, he told himself unhappily, was a job of work which would have tested the combined abilities of a syndicate consisting of Charles Peace and the James brothers, and he had put it in the hands of a young man who in all his life had only once shown genuine inspiration and initiative — on the occasion when he had parted his hair in the middle at a time when all the other members of the Bachelors’ Club were brushing it straight back. The more Mr. Keeble thought of Freddie’s chances the slimmer they appeared. By the time Jno. Banks had released him from the spotted apron he was thoroughly pessimistic, and as he passed out of the door, “so perfumed that the winds were lovesick with him,” his estimate of his colleague’s abilities was reduced to a point where he began to doubt whether the stealing of a mere milk can was not beyond his scope. So deeply immersed was he in these gloomy thoughts that Eve had to call his name twice before he came out of them.

“Miss Halliday?” he said apologetically. “I beg your pardon. I was thinking.”

Eve, though they had hardly exchanged a word since her arrival at the castle, had taken a liking to Mr. Keeble; and she felt in consequence none of the embarrassment which might have handicapped her in the discussion of an extremely delicate matter with another man. By nature direct and straightforward, she came to the point at once.

“Can you spare me a moment or two, Mr. Keeble?” she said. She glanced at the clock on the church tower and saw that she had ample time before her own appointment. “I want to talk to you about Phyllis.”

Mr. Keeble jerked his head back in astonishment and the world became noisome with heliotrope. It was as if the voice of conscience had suddenly addressed him.

“Phyllis!” he gasped, and the letter crackled in his breast pocket.

“She was my best friend at school. I had tea with her just before I came to the castle.”

A customer in quest of a shave thrust himself between them and went into the shop. They moved away a few paces.

“Of course, if you say it is none of my business —”

“Well, it is my business, because she’s my friend,” said Eve firmly. “Mr. Keeble, Phyllis told me she had written to you about buying that farm. Why don’t you help her?”

The afternoon was warm, but not warm enough to account for the moistness of Mr. Keeble’s brow. He drew out a large handkerchief and mopped his forehead. A hunted look was in his eyes. The hand which was not occupied with the handkerchief had sought his pocket and was busy rattling keys.

“I — I am curiously situated.”

“Yes; Phyllis told me something about that. I can see that it is a difficult position for you. But, Mr. Keeble, surely, surely if you can manage to give Freddie Threepwood two thousand pounds to start a bookmaker’s business —”

Her words were cut short by a strangled cry from her companion. Sheer panic was in his eyes now, and in his heart an overwhelming regret that he had ever been fool enough to dabble in crime in the company of a mere animated talking machine like his nephew Freddie. This girl knew! And if she knew, how many others knew? The young imbecile had probably babbled his hideous secret into the ears of every human being in the place who would listen to him.

Eve stared at him in surprise. She could not understand this emotion. The handkerchief, after a busy session, was lowered now, and he was looking at her imploringly.

“You haven’t told anyone?” he croaked hoarsely.

“Of course not. I said I had only heard of it just now.”

“You wouldn’t tell anyone?”

Mr. Keeble’s breath, which had seemed to him for a moment gone forever, began to return timidly. Relief for a space held him dumb. What nonsense, he reflected, these newspapers and people talked about the modern girl. It was this very broadmindedness of hers, to which they objected so absurdly, that made her a creature of such charm. She might behave in certain ways in a fashion that would have shocked her grandmother, but how comforting it was to find her calm and unmoved in the contemplation of another’s crime! His heart warmed to Eve.

“I shall buy my wife another necklace.”

“So everything will be all right. Constance will be perfectly happy, and Phyllis will have her money, and —”

Something in Eve’s astonished gaze seemed to smite Mr. Keeble.

Mr. Keeble perceived that he had wronged Freddie. The young ass had been a fool even to mention the money to this girl, but he had at least, it seemed, stopped short of disclosing the entire plot. An oysterlike reserve came upon him.

Eve clutched wildly at his retreating sleeve. Unintelligible though his words had been, one sentence had come home to her, the one about Phyllis having her money.

It was no time for half measures. She grabbed him.

“Mr. Keeble,” she cried urgently, “I don’t know what you mean; but you were just going to say something which sounded — Mr. Keeble, do trust me. I’m Phyllis’ best friend, and if you’ve thought out any way of helping her I wish you would tell me. You must tell me; I might be able to help.”

Mr. Keeble, as she began her broken speech, had been endeavoring with deprecatory tugs to disengage his coat from her grasp. But now he ceased to struggle. Those doubts of Freddie’s efficiency which had troubled him in Jno. Banks’ chair still lingered. His opinion that Freddie was but a broken reed had not changed. Indeed, it had grown. He looked at Eve. He looked at her searchingly. Into her pleading eyes he directed a stare that sought to probe her soul, and saw there honesty, sympathy and — better still — intelligence. He might have stood and gazed into Freddie’s fishy eyes for weeks without discovering a tithe of such intelligence.

His mind was made up. This girl was an ally; a girl of dash and vigor; a girl worth a thousand Freddies — not, however, reflected Mr. Keeble, that that was saying much. He hesitated no longer.