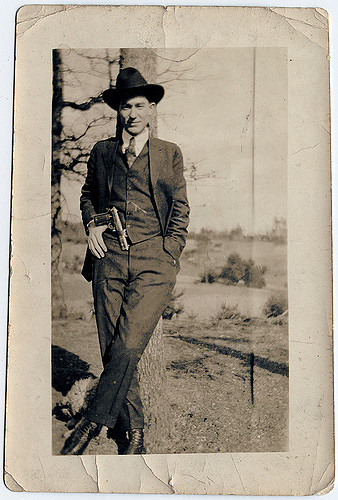 It was not for a philosopher like himself to display astonishment. He was, however, undeniably feeling it. When, a few minutes before, he had encountered Freddie in this same room, he had received a distinct shock; but a rough theory which would account for Freddie’s presence in his home-from-home he had been able to work out. He groped in vain for one which would explain Eve.

Mere surprise, however, was never enough to prevent Psmith’s talking. He began at once.

“It was nice of you,” he said, rising courteously, “to look in. Won’t you sit down? On the sofa, perhaps? Or would you prefer a brick?”

Eve was not yet equal to speech. She had been so firmly convinced that he was ten miles away at Shifley that his presence here in the sitting room of the cottage had something of the breathtaking quality of a miracle. The explanation, if she could have known it, was simple. Two excellent reasons had kept Psmith from gracing the county ball with his dignified support. In the first place, as Shifley was only four miles from the village where he had spent most of his life, he had regarded it as probable, if not certain, that he would have encountered there old friends to whom it would have been both tedious and embarrassing to explain why he had changed his name to McTodd. And secondly, though he had not actually anticipated a nocturnal raid on his little nook, he had thought it well to be on the premises that evening in case Mr. Edward Cootes should have been getting ideas into his head. As soon, therefore, as the castle had emptied itself and the wheels of the last car had passed away down the drive, he had pocketed Mr. Cootes’ automatic and proceeded to the cottage.

Eve recovered her self-possession. She was not a girl given to collapse in moments of crisis. The first shock of amazement had passed; a humiliating feeling of extreme foolishness, which came directly after, had also passed; she was now grimly ready for battle.

“Where is Mr. Threepwood?” she asked.

“Upstairs. I have put him in storage for a while. Do not worry about Comrade Threepwood. He has lots to think about. He is under the impression that if he stirs out he will be instantly shot.”

“Oh! Well, I want to put this lamp down. Will you please pick up that table?”

“Will you please pick up that table?”

“A friend of mine — one Cootes — you must meet him some time — generally remarks ‘Hey!’ in a sharp, arresting voice on these occasions. Personally I consider the expression too abrupt. Still, he has had great experience.”

“Will you please pick up that table?”

“Most certainly. I take it, then, that you would prefer to dispense with the usual formalities. In that case I will park this automatic on the mantelpiece while we chat. I have taken a curious dislike to the thing. It makes me feel like Dangerous Dan McGrew.”

Eve put down the lamp, and there was silence for a moment. Psmith looked about him thoughtfully. He picked up one of the dead bats and covered it with his handkerchief.

Eve sat down on the sofa.

“I suppose you have a surname?” snapped Eve. “Or an alias?”

Psmith eyed her with a pained expression.

“I may be hypersensitive,” he said, “but that last remark sounded to me like a dirty dig. You seem to imply that I am some sort of a criminal.”

“I’m sorry if I hurt your feelings. There’s not much sense in pretending now, is there? What is your name?”

“Well, Mr. Smith, I imagine you understand why I am here?”

“I took it for granted that you had come to fulfill your kindly promise of doing the place up a bit. Will you be wounded if I say frankly that I preferred it the way it was before? All this may be the last word in ultra-modern interior decoration, but I suppose I am old-fashioned. The whisper flies round Shropshire and adjoining counties, ‘Psmith is hidebound. He is not attuned to up-to-date methods.’ Honestly, don’t you think you have rather unduly stressed the bizarre note? This soot — these dead bats ——”

“I have come to get that necklace.”

“There,” he said, “if you will pardon me, I take issue with you. There is nobody to whom I would rather give that necklace than you; but there are special circumstances connected with it which render such an action impossible. I fancy, Miss Halliday, that you have been misled by our young friend upstairs. No, let me speak,” he said, raising a hand. “You know what a treat it is to me. The way I envisage the matter is thus: I still cannot understand as completely as I could wish how you come to be mixed up in the affair, but it is plain that in some way or other Comrade Threepwood has enlisted your services; and I regret to be obliged to inform you that the motives animating him in this quest are not pure. To put it crisply, he is engaged in what Comrade Cootes, to whom I alluded just now, would call funny business.”

“Pardon me,” said Psmith. “If you will be patient for a few minutes more, I shall have finished and shall then be delighted to lend an attentive ear to any remarks you may wish to make. As it occurs to me — indeed, you hinted as much yourself just now — that my own position in this little matter has an appearance which to the uninitiated might seem tolerably rummy, I had better explain how I come to be guarding a diamond necklace which does not belong to me. I rely on your womanly discretion to let the thing go no further.”

“In one moment. The facts are as follows: Our mutual friend Mr. Keeble, Miss Halliday, has a stepdaughter who is married to one Comrade Jackson, who, if he had no other claim to fame, would go ringing down through history for this reason — that he and I were at school together and that he is my best friend. We two have sported on the green — oh, a lot of times. Well, owing to one thing and another, the Jackson family is rather badly up against it at the present ——”

“I don’t believe a word of it!” she cried. “What is the use of trying to fool me like this? You had never heard of Phyllis before Freddie spoke about her in the train.”

“I won’t! Freddie got you down here to help him steal that necklace and give it to Mr. Keeble so that he could help Phyllis, and now you’ve got it and are trying to keep it for yourself.”

Psmith started slightly. His monocle fell from its place.

“Is everybody in this little plot? Are you also one of Comrade Keeble’s corps of assistants?”

“Mr. Keeble asked me to try to get the necklace for him.”

“This,” he said, “opens up a new line of thought. Can it be that I have been wronging Comrade Threepwood all this time? I must confess that when I found him here just now, standing like Marius among the ruins of Carthage — the allusion is a classical one, and the fruit of an expensive education — I jumped — I may say sprang — to the conclusion that he was endeavoring to double-cross both myself and the boss by getting hold of the necklace with a view to retaining it for his own benefit. It never occurred to me that he might be crediting me with the same sinful guile.”

Eve ran to him and clutched his arm.

“Mr. Smith, is this really true? Are you really a friend of Phyllis?”

“She looks on me as a grandfather. Are you a friend of hers?”

“We were at school together.”

“This,” said Psmith cordially, “is one of the most gratifying moments of my life. It makes us all seem like one great big family.”

“But I never heard Phyllis speak about you.”

“Strange!” said Psmith. “Strange! Surely she was not ashamed of her humble friend?”

“I must explain,” said Psmith, “that until recently I was rather among the submerged tenth. At least, I was earning a difficult livelihood by slinging fish about in Billingsgate Market. It is possible that some snobbish strain in Comrade Jackson’s bride, which I confess I had not suspected, kept her from admitting that she was accustomed to hobnob with one in the fish business.”

“I beg your pardon?”

“Smith! Fish business! Why, it was you who called at Phyllis’ house while I was there! Just before I came down here! I remember Phyllis saying how sorry she was that we had not met. She said you were just my sort of — I mean, she said she wanted me to meet you.”

“This,” said Psmith, “is becoming more and more gratifying every moment. It seems to me that you and I were made for each other. I am your best friend’s best friend and we both have a taste for stealing other people’s jewelry. I cannot see how you can very well resist the conclusion that we are twin souls.”

“We shall get into that series of Husbands and Wives Who Work Together.”

“Where is the necklace?”

Psmith crossed the room and took down from the wall the case of stuffed birds.

“The one place,” said Eve, with mortification, “where we didn’t think of looking!”

Psmith opened the case and removed the center bird, a depressed-looking fowl with glass eyes which stared with a haunting pathos. He felt in its interior and pulled out something that glittered and sparkled in the lamplight.

Eve ran her fingers almost lovingly through the jewels as they lay before her on the little table.

“Distinctly. I think I may say that of all the jewels I have ever stolen ——”

Eve let the necklace fall with a cry. Psmith spun round. In the doorway stood Mr. Edward Cootes, pointing a pistol.