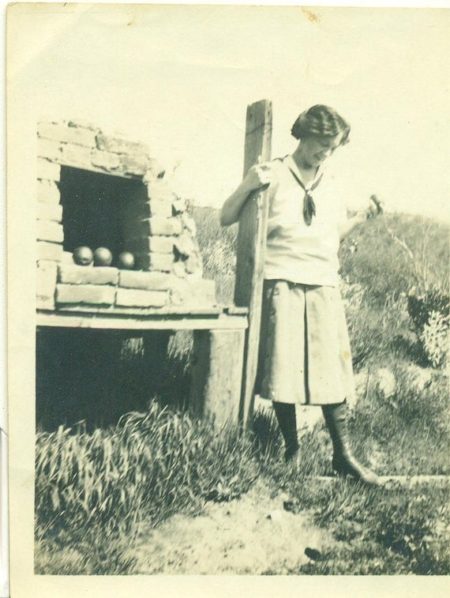 Eve, with Psmith prattling amiably at her side, pursued her way through the wood. She was wondering why she had come. She ought, she felt, to have been very cold and distant to this young man after what had occurred between them last night. But somehow it was difficult to be cold and distant with Psmith. He cheered her stricken soul. By the time they reached the little clearing and came in sight of the squat, shedlike building with its funny windows and stained door, her spirits, always mercurial, had risen to a point where she found herself almost able to forget her troubles.

“What a horrible-looking place!” she exclaimed. “Whatever did you want it for?”

“Purely as a nook,” said Psmith, taking out his key. “You know how the man of sensibility and refinement needs a nook. In this rushing age it is imperative that the thinker shall have a place, however humble, where he can be alone.”

“But you aren’t a thinker.”

“You wrong me. For the last few days I have been doing some extremely brisk thinking, and the strain has taken its toll. The fierce whirl of life at Blandings is wearing me away. There are dark circles under my eyes and I see floating spots.” He opened the door. “Well, here we are. Will you pop in for a moment?”

Eve went in. The single sitting room of the cottage certainly bore out the promise of the exterior. It contained a table with a red cloth, a chair, three stuffed birds in a glass case on the wall, and a small horsehair sofa. A depressing musty scent pervaded the place, as if a cheese had recently died there in painful circumstances. Eve gave a little shiver of distaste.

“I understand your silent criticism,” said Psmith. “You are saying to yourself that plain living and high thinking is evidently the ideal of the gamekeepers on the Blandings estate. They are strong, rugged men who care little for the refinements of interior decoration. But shall we blame them? If I had to spend most of the day and night chivvying poachers and keeping an eye on the local rabbits I imagine that in my off hours practically anything with a roof would satisfy me. It was in the hope that you might be able to offer some hints and suggestions for small improvements here and there that I invited you to inspect my little place. There is no doubt that it wants doing up a bit by a woman’s gentle hand. Will you give out a few ideas? The wall paper is, I fear, a fixture; but in every other direction consider yourself untrammeled.”

Eve looked about her.

She stopped abruptly, tingling all over. A second glance had shown her something which her first careless inspection had overlooked. Half hidden by a ragged curtain, there stood on the window sill a large flowerpot containing a geranium, and across the surface of the flowerpot was a broad splash of white paint.

“You were saying ——?” said Psmith courteously.

Eve did not reply. She hardly heard him. Her mind was in a confused whirl. A monstrous suspicion was forming itself in her brain.

“You are admiring the shrub?” said Psmith. “I found it lying about up at the castle this morning and pinched it. I thought it would add a touch of color to the place.”

Eve, looking at him keenly as his gaze shifted to the flowerpot, told herself that her suspicion had been absurd. Surely this blandness could not be a cloak for guilt.

“Where did you find it?”

“By one of the windows in the hall, more or less wasting its sweetness. I am bound to say I am a little disappointed in the thing. I had a sort of idea it would turn the old homestead into a floral bower, but it doesn’t seem to.”

“There,” said Psmith, “I cannot agree with you. It seems to me to have the glanders or something.”

“It only wants watering.”

“And unfortunately this cozy little place appears to possess no water supply. I take it that the late proprietor when in residence used to trudge to the back door of the castle and fetch what he needed in a bucket. If this moribund plant fancies that I am going to spend my time racing to and fro with refreshments, it is vastly mistaken. Tomorrow it goes into the dustbin.”

Eve shut her eyes. She was awed by a sense of having arrived at a supreme moment. She had the sensations of a gambler who risks all on a single throw.

“What a shame!” she said; and her voice, though she tried to control it, shook. “You had better give it to me. I’ll take care of it. It’s just what I want for my room.”

“Pray take it,” said Psmith. “It isn’t mine, but pray take it. And very encouraging it is, let me add, that you should be accepting gifts from me in this hearty fashion; for it is well known that there is no surer sign of the dawning of the divine emotion — love,” he explained, “than this willingness to receive presents from the hands of the adorer. I make progress, I make progress.”

“You don’t do anything of the kind,” said Eve rather heatedly.

Her eyes were sparkling and her heart sang within her. In the revulsion of feeling which had come to her on finding her suspicions unfounded she was aware of a warm friendliness towards this absurd young man.

“Pardon me,” said Psmith firmly. “I am quoting an established authority — Auntie Belle, of Home Gossip.”

“I must be going,” said Eve. She took the flowerpot and hugged it to her. “I’ve got work to do.”

“Work, work, always work!” sighed Psmith. “The curse of the age. Well, I will escort you back to your cell.”

“Alone?” Psmith looked at her, astonished. “When you have the chance of being with me? This is a strange attitude.”

“Good-by,” said Eve. “Thank you for being so hospitable and lavish. I’ll try to find some cushions and muslin and stuff to brighten up this place.”

“Your presence does that adequately,” said Psmith, accompanying her to the door. “By the way, returning to the subject we were discussing last night, I forgot to mention, when asking you to marry me, that I can do card tricks.”

“And also a passable imitation of a cat calling to her young. Has this no weight with you? Think! These things come in very handy in the long winter evenings.”

“But I shan’t be there when you are imitating cats in the long winter evenings.”

“I think you are wrong. As I visualize my little home, I can see you there very clearly, sitting before the fire. Your maid has put you into something loose. The light of the flickering flames reflects itself in your lovely eyes. You are pleasantly tired after an afternoon’s shopping, but not so tired as to be unable to select a card — any card — from the pack which I offer.”

“Good! I shall count the minutes.”

Eve walked rapidly away. As she snuggled the flowerpot under her arm she was feeling like a child about to open its Christmas stocking. Before she had gone far a shout stopped her, and she perceived Psmith galloping gracefully in her wake.

“Can you spare me a moment?” said Psmith.

“I should have added that I can also recite Gunga Din. Will you think that over?”

“Thank you,” said Psmith. “Thank you. I have a feeling that it may just turn the scale.”

He raised his hat ambassadorially and galloped away again.

Eve found herself unable to wait any longer. Psmith was out of sight now, and the wood was very still and empty. Birds twittered in the branches and the sun made little pools of gold upon the ground. She cast a swift glance about her and crouched down in the shelter of a tree.

The birds stopped singing. The sun no longer shone. The wood had become cold and sinister. For Eve, with a heart of lead, was staring blankly at a little pile of mold at her feet; mold which she had sifted again and again in a frenzied, fruitless effort to find a necklace which was not there.
The empty flowerpot seemed to leer up at her in mockery.