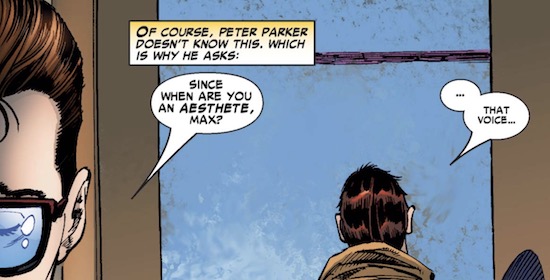 Max Dillon, a.k.a. Electro, observes (and subsequently destroys) an unidentified Mark Rothko painting at the Whitney Museum of Art in The Sensational Spider-Man #30, 2006, by Roberto Aguirre-Sacasa, Angel Medina and Scott Hanna.