CENTER OF THE UNIVERSE (7) 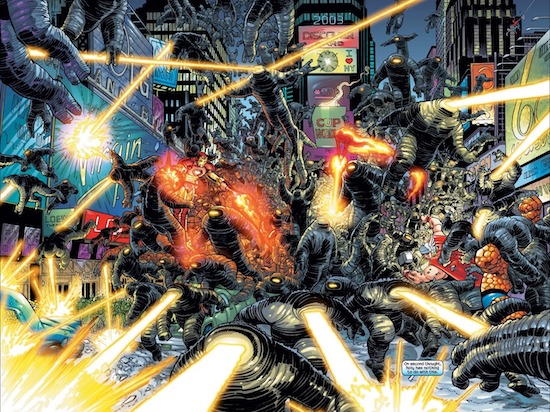 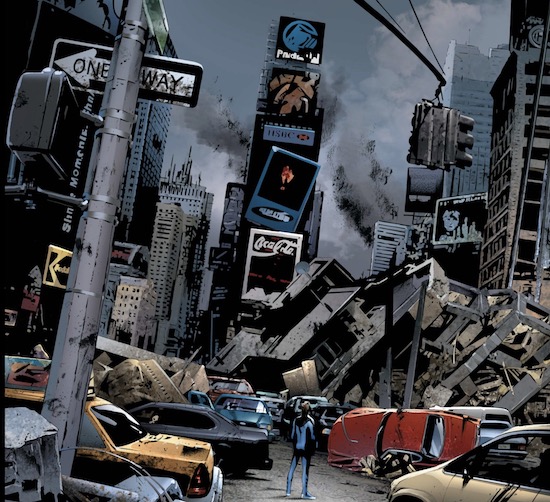 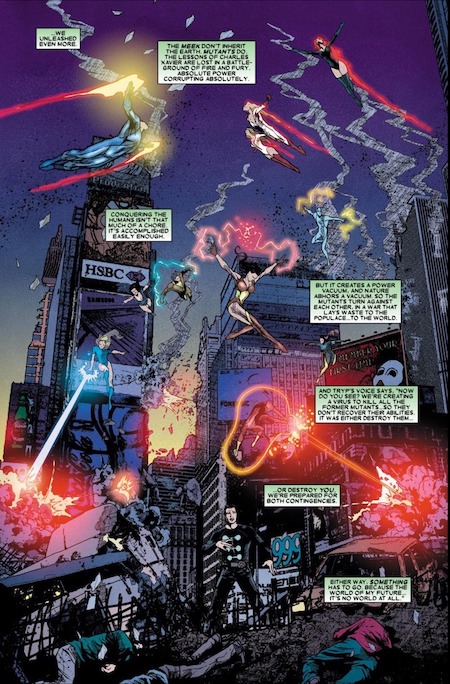 Times Square is overrun by Mindless Ones in 2003’s Amazing Spider-Man #57 (by J. Michael Straczynski, John Romita Jr., and Scott Hanna), demolished by zombies in 2005’s Ultimate Fantastic Four #22 (by Mark Millar and Greg Land), and devastated by mutant wars in 2006’s X-Factor #12 (by Peter David and Renato Arlem).