CENTER OF THE UNIVERSE (9) 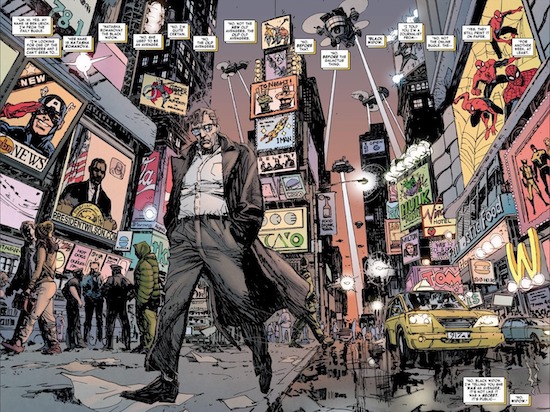 2012’s Daredevil: End of Days #2, by Brian Michael Bendis, David Mack, Klaus Janson and Bill Sienkiewicz, includes this vision of a near-future Times Square. Sam Wilson may have become President, the Hulk may have his own musical, and there may be a chain called “Fantastic Food” with lettering recalling the Fantastic Four logo, but Coca-Cola and TKTS are apparently immutable in all realities.