CENTER OF THE UNIVERSE (1) 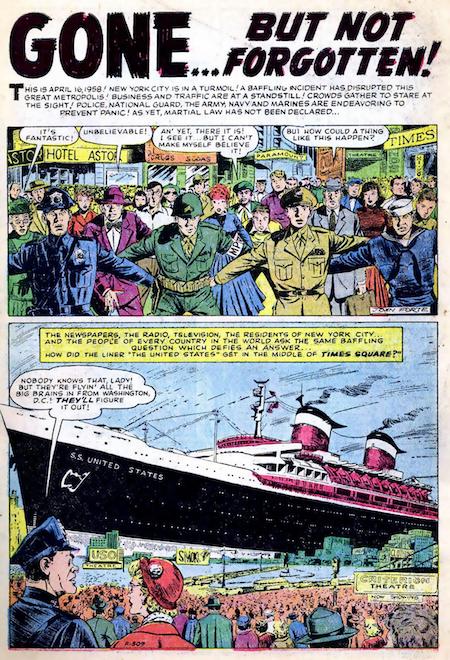 An ocean liner mysteriously appears in the middle of Times Square in 1955’s Journey Into Mystery #23 — art by John Forte, writer unknown. (The ship turns out to have been put there by a misbehaving alien child.) The Criterion Theatre seen here was built in the 1930s on the site of what had once been the Olympia Theatre, and was in Times Square under that name until 1989; it has now been converted into a Gap and Old Navy flagship store.