CENTER OF THE UNIVERSE (5) 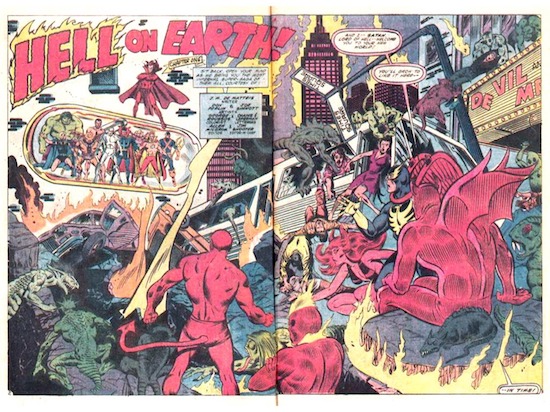 “Hell on Earth” erupted into Times Square in 1981’s Defenders #100, by J.M. DeMatteis, Don Perlin and Joe Sinnott. It returned there during 1989’s “Inferno” crossover, as in the image below from New Mutants #71, by Louise Simonson, Bret Blevins and Al Williamson.