CENTER OF THE UNIVERSE (8) 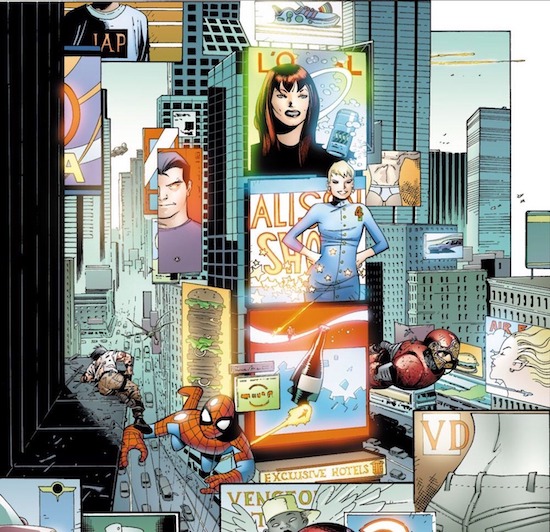 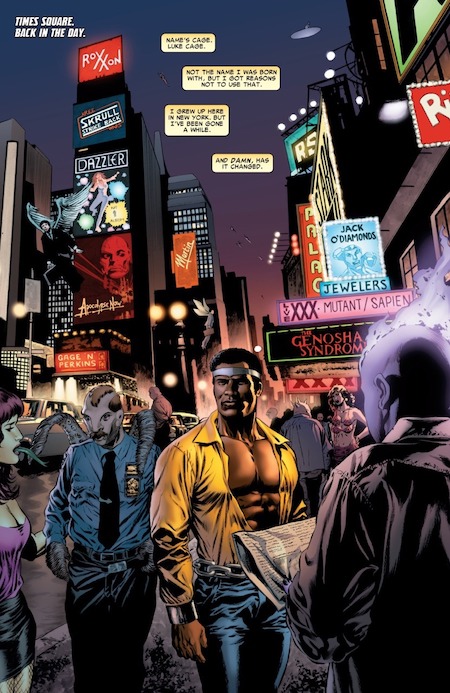 Times Square looks a bit different in the alternate reality seen in 2005’s House of M #3, by Brian Michael Bendis, Olivier Coipel and Tim Townsend. It also has a few differences in the “back in the day” scene of the same alternate reality in 2007’s House of M: Avengers #3 (by Christos Gage and Mike Perkins) — presumably circa 1979, when Apocalypse Now and The China Syndrome were both in theaters.