CENTER OF THE UNIVERSE (10) 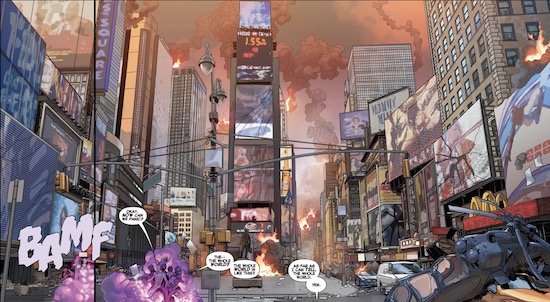 All the human beings suddenly disappear from Times Square (and everywhere else), leaving only mutants, in the 2015 graphic novel X-Men: No More Humans, by Mike Carey and Salvador Larroca.